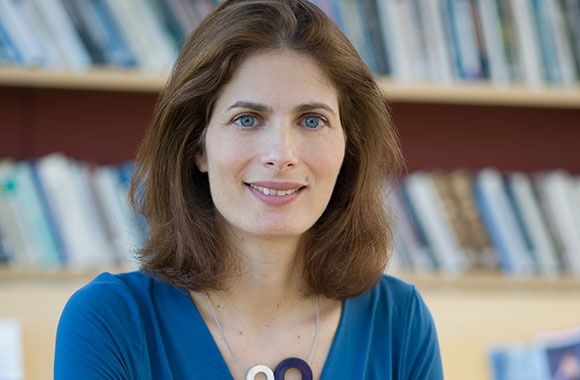 “Manufacturing of drugs … seems to require so much financial investment, quality control, and technical know-how that we don’t imagine it happens in countries that are not otherwise super-industrialized.”

Chorev on the Effects of Globalization

When sociologist Nitsan Chorev was a graduate student at New York University in the early 2000s, globalization and the transformation of political institutions was the topic of the day. In a way, she’s been thinking about it ever since.

In her first book, Remaking U.S. Trade Policy: From Protectionism to Globalization (2007), Chorev sought to counter the conventional understanding of globalization at the time by exploring its political, rather than economic or technological, aspects. She did so by suggesting that there was nothing automatic about the increased flow of trade across countries; instead, she suggested, it was due to the ability of internationally oriented companies to influence the state and achieve their trade-related policy goals. In her second book, The World Health Organization between North and South (2012), she again studied the use of influence, this time observing not only how poor and rich countries play against each in order to influence an international organization like the WHO, but also how the WHO bureaucracy manages such pressures.

Her current work examines yet another outcome of globalization – namely, the changing nature of the pharmaceutical markets in East Africa. This time, however, she’s interested not only in politics, but also in practices.

“Pharmaceuticals are complicated. They’re not like textiles or steel, where manufacturing first occurred in rich countries and then, for reasons such as lower labor costs or more efficient technology, moved to other countries, including industrializing countries,” says Chorev. “Drug manufacturers in India didn’t replace manufacturing in the US and Europe, they complemented them. GlaxoSmithKline and Pfizer still develop and sell, initially under patent, brand-name drugs for very high prices. But the market also tolerates copies, or generics, of these original drugs, including those produced in low- and middle-income countries.”

Drug manufacturers in India have been particularly successful in producing and exporting generic drugs, which is why India is now considered the “pharmacy of the developing world.” The Kenyan, Tanzanian, and Ugandan markets, dominated by brand-name pharmaceutical companies since the colonial era, today mostly include drugs imported from India, as well as other countries with generic manufacturers. What do the drug markets in East Africa tell us about globalization of consumption? Chorev wondered. What do they tell us about the globalization of production?

Chorev went to East Africa to find out, and what she learned surprised her.

“I went there to talk with distributors of Indian drugs, but discovered that there are local manufacturers in Kenya, Tanzania, and Uganda who are also producing drugs. It’s not something we think about, even though we should. Manufacturing of drugs seems so sophisticated, and it seems to require so much financial investment, quality control, and technical know-how that we don’t imagine it happens in countries that are not otherwise super-industrialized. I wondered why and how these local companies emerged, and how well do they do today?”

These questions are important, not least because they relate to access to affordable and good-quality medicines in poor countries, an issue that became particularly urgent with the AIDS crisis. On the one hand, the most pressing considerations are the price and quality of drugs, whether they’re made locally or imported. On the other hand, might there be a way to improve a country’s economic performance by producing them locally?

Chorev is more interested in the question of quality than the question of price. “I can’t tell you if [Kenya, Tanzania, and Uganda] will be able to produce drugs more cheaply than India, but what I try to figure out is the conditions under which they produce drugs in ways that fulfill their needs for cheap but good-quality medicines.”

Transnational connections play an important role in this seemingly local question. These could be interpersonal or business connections (which form part of Chorev’s analysis), or they could take the form of foreign aid.

“The issue of foreign aid is surprisingly controversial,” says Chorev. “It’s difficult to find anyone who’d say that poor people should not deserve access to medicines. Many even agree that rich countries should help. But at the same time, foreign aid is more frequently criticized than celebrated.”

One important finding in her project is the positive contribution of foreign aid in producing better quality drugs in East Africa. “When the book on the World Health Organization came out, I thought I was done with international organizations. I thought that by looking at market practices I was getting myself into a completely different project. Who knew that it will take me right back to where I was before?”