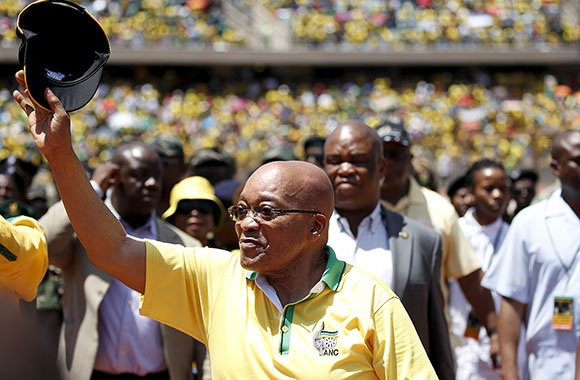 “If you … regard the society in which white people make decisions and black people accept them as the norm, it’s naïve to believe that there will be a change in thinking,”

After skillfully summarizing South Africa’s apartheid and the subsequent two decades for scholars during Brown International Advanced Research Institutes (BIARI) yesterday, Steven Friedman noted the stark differences between the lives of South Africa whites and blacks, even now. Under the United Nations Human Development Index – which annually captures life expectancy, education, income, etc. – the index for white South Africans is comparable to that of Spain, while the index for black South Africans is equivalent to that of the Republic of the Congo, one of Africa’s poorest nations.

There was something so unparalleled and gravely unjust about apartheid that racial justice had to be one of the biggest questions that post-apartheid South Africa would have to face, said Ashutosh Varshney, professor of international studies and the social sciences. “We need to understand how South Africa, over the last 20 or 25 years, has been wrestling with the issues of racial justice and inclusion. The affirmative action program in South Africa … extends not only to the public sector [but to] the private sector, as well. We need to know: What are the promises and the pitfalls of the black empowerment project?”

Friedman, director of the Centre for the Study of Democracy at Rhodes University and the University of Johannesburg in South Africa, and a columnist for Business Day, a leading newspaper in Johannesburg, added, “There is no ‘we’ in South Africa; it’s a deeply divided society.” Led by the African National Congress – now roiled by conflict – South Africa’s affirmative action, said Friedman, “is not about changing society; it’s about changing the identity of who will occupy power … and ensuring or trying to ensure that black people enjoy what white people enjoyed under apartheid.”

South Africa’s post-apartheid record of dealing with racial inequality is very mixed, said Friedman. “If you … regard the society in which white people make decisions and black people accept them as the norm, it’s naïve to believe that there will be a change in thinking,” said Friedman. While some blacks have been admitted to the power elite, the basic patterns of societal inequality remain frozen in place. “The most angry South Africans are black, middle-class South Africans,” he said.

“Friedman is a leading public intellectual of South Africa,” said Varshney, a co-convener of the Ethnicity, Conflict and Inequality in Global Perspective Institute. “Not only is he widely respected as a public intellectual, a columnist, and opinion-maker, I find his reflections on the issues of race, justice, and inclusion intellectually appealing.”

Today, some 40 percent of South Africans are unemployed, with the vast majority of blacks lacking jobs. Nevertheless, post-apartheid, a black middle class has developed, as a result of being integrated into the market economy, said Friedman, who said that change will come to South Africa only if it does what it didn’t do 20 years ago. “We must start negotiating seriously about how to change those societal institutions … and how to expand the economy to allow more people to enter.” Many black South Africans who do hold jobs still struggle; it’s generally accepted that the average black wage earner is supporting eight to 10 dependents beyond his immediate family, Friedman explained. Once that wage is distributed around, there’s not much left.

Varshney characterized Friedman as someone who explains South Africa – a very important country for all sorts of reasons – in a way very few others are able to do.

Keeping the status quo and merely changing the identity of those in power to maintain the status quo is bound to increase or preserve South Africa’s inequality, said Friedman, who added: Change is always a mixture of revolution and the status quo.