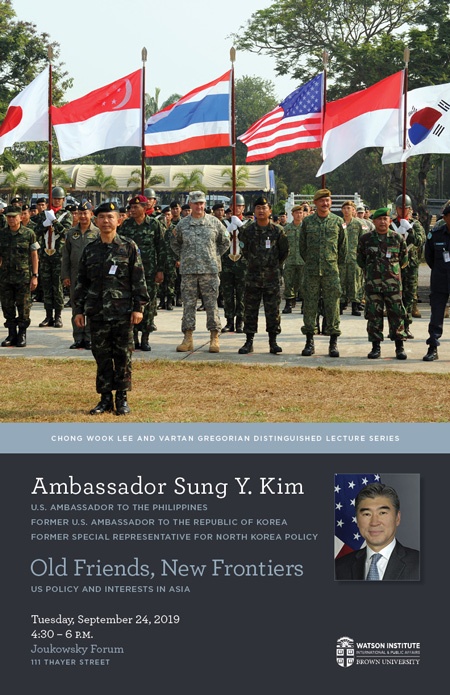 Ambassador Kim will discuss America’s important interests and relations in Asia, the administration’s Indo-Pacific strategy, and key developments in the world’s most dynamic region.

U.S. Ambassador to the Republic of the Philippines

Earlier, Ambassador Kim also served as the Special Envoy for the Six-Party Talks with the rank of Ambassador. His previous overseas diplomatic assignments have included Tokyo, Kuala Lumpur, and Hong Kong. Prior to joining the Foreign Service, he worked as a prosecutor in Los Angeles, California.