Juana Molina at the Columbus Theatre 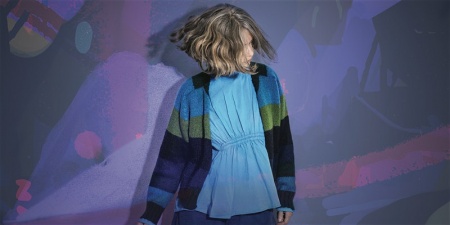 Juana Molina is a singer/songwriter from Argentina whose atmospheric blend of folk, electronica, and experimental pop have brought her international acclaim. Her career trajectory has been a unique one with her initial success coming as a massively popular comedic actress in the early-1990s. The subsequent abandonment of her television career in 1996 flummoxed critics at home where her newly launched music career failed to take hold. Nevertheless, Molina’s inventive and original songwriting was widely accepted outside of Latin America where, over the next two decades, she established herself as a critically-lauded recording and touring artist.