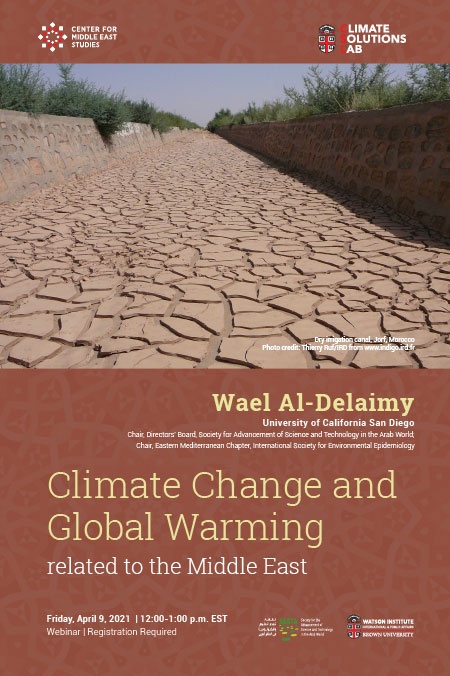 Wael Al-Delaimy is Professor of Public Health and Associate Director of the Institute for Public Health at the University of California San Diego and the Chair of the Board of Directors for the Society for Advancement of Science and Technology in the Arab World. He is also the current Chair of the Eastern Mediterranean Chapter of the International Society for Environmental Epidemiology. A native of Iraq where he finished his medical degree and a graduate diploma in community medicine, he obtained his PhD in Epidemiology from New Zealand, finished post-doc training at Harvard School of Public Health, was a scientist with the International Agency for Research on Cancer, before becoming a faculty at the University of California San Diego. His recent research focus has been on climate change health impacts, and global mental health. His book that he edited with colleagues, titled Health of People, Health of Planet and Our Responsibility was published May 2020 by Springer Nature and reached a record milestone of more than 230,000 downloads.

His talk will focus on climate change health impacts in the Middle East and North Africa (MENA) Region, which was the title of a chapter in the above book. The climate change impacts are going to be felt in the MENA region most severely and most early compared to other regions. Yet there is limited data, research, policies, and preparation by the population of the region and their governments. The talk will highlight the risks and the need for regional cooperation to develop adaptation and mitigation initiatives to lessen the impact on an already volatile region in the middle of ongoing conflicts.

A collaboration between the Center for Middle East Studies and the Climate Solutions Lab.