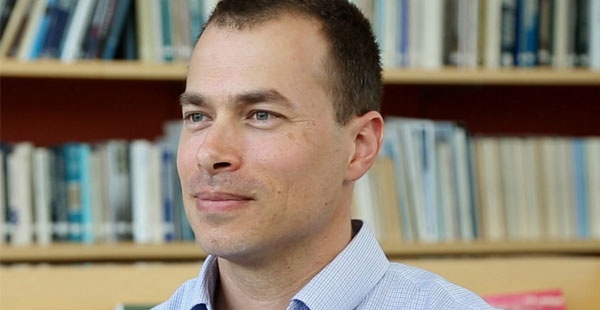 Dov F. Sax is Interim Director of the Institute at Brown for Environment and Society, and a Professor of Ecology and Evolutionary Biology & Environment and Society. He received his PhD in Biology at the University of New Mexico in 1999 and a BA in Integrative Biology at the University of California, Berkeley in 1992. He was a postdoctoral researcher at the University of California, Santa Barbara and an Assistant Professor at the University of Georgia, before coming to Brown in 2007. He is a co-founder and Past President of the International Biogeography Society. He has published scores of articles and co-edited two books, Foundations of Biogeography (University of Chicago Press, 2004) and Species Invasions: Insights into Ecology, Evolution and Biogeography (Sinauer Associates, 2005). He has been listed as being among the world’s most influential scientists by Thomson Reuters and Clarivate Analytics. His current research aims to identify species at the greatest extinction risk from climate change and to develop large, scalable solutions that can preserve the Earth’s biological diversity.

At the Sax Research Lab, our work integrates studies of local-scale invasion events with global invasion patterns. Our aim is to better understand and predict impacts of invasions on local, regional and global biodiversity. While such impacts are often negative, non-native species do provide a host of conservation benefits for native species in some systems. Current work in the lab aims to understand the evolutionary consequence of differences in the region of origin of non-native species with respect to their eventual success and impact. Finally, we are interested in gleaning information about ecological, evolutionary and biogeographical processes from the many unplanned ‘experiments’ that invasions provide.

Biol 2440 – Ecology and Evolution on Islands