Politics of Presentation: The Development of Modern Arab Poetry and the Kabul Museum 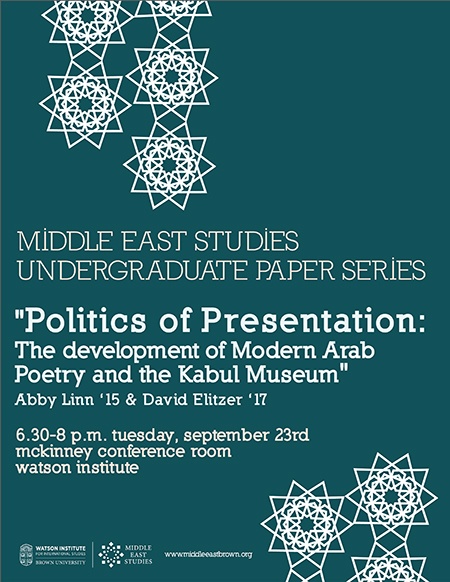 Join us for the first Undergraduate Paper Series of the 2014-2015 academic year!

Abby Linn '15 will present her independent research entitled "Identity and Poetry in the Middle East" which she partially conducted during a semester abroad in Amman, Jordan.

David Elitzer '17 will present his paper "Collaboration in Afghanistan: A Historiographical Analysis of Afghan and French Involvement in the Founding of the Kabul Museum" which built upon his work during the course Afghanistan: Crossroads of Civilizations to America's Longest War with Professor Faiz Ahmed.