Screening of Jaffa, a film by Eyal Sivan, in the presence of the filmmaker (with Q&A) 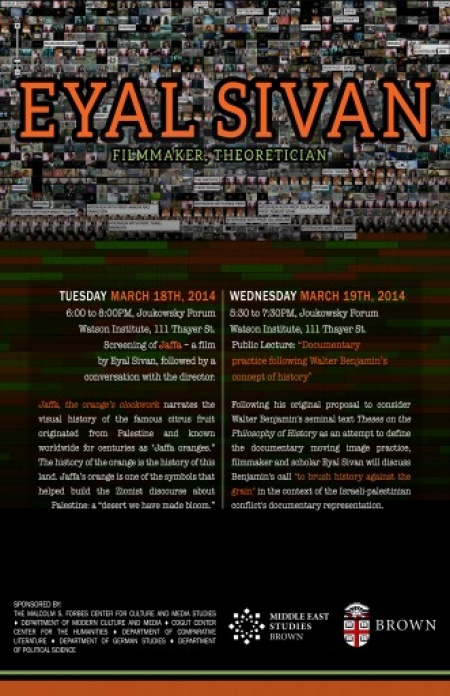 In Jaffa, the orange’s clockwork narrates the visual history of the famous citrus fruit originated from Palestine and known worldwide for centuries as “Jaffa oranges”. The history of the orange is the history of this land.Jaffa’s orange is one of the symbols that helped build the Zionist discourse about Palestine: a “desert we have made bloom.”

Based on photographic and cinematographic documents, some going back as far as to the 19th century, Eyal Sivan’s film shows the orange groves at a time when Arab Jaffa was one of Palestine’s most populated and thriving cities.