Waiting for Something Big: Inside Today's Iran 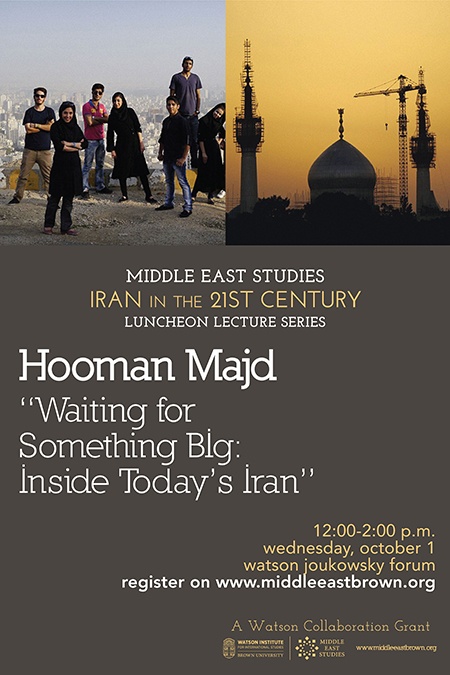 This event is part of the Iran in the 21st Century Luncheon Lecture Series. The series is made possible through funding by a Watson Institute Collaborative Grant.

While talks on Iran’s nuclear program are ongoing, with all sides hopeful for a comprehensive deal by the deadline of November 24, it is important to understand what is going on politically inside Iran.

President Rouhani was elected by a landslide last year, partly as the most “anti-Ahmadinejad” candidate and partly because as a regime insider his campaign promises were viewed as likely to be fulfilled. His foreign policy–an open Iran that mends fences with the West–is on track, as his promise to resolve the nuclear issue which will result in a softening and eventual removal of sanctions, leading to an improved economy – the most pressing concern for the average voter.

But Rouhani, like Obama in the U.S., faces fierce opposition. The opposition has tried to derail the nuclear talks, but more successfully has blocked much of the rest of his platform, a platform that brought Green Movement supporters and the more secular youth to the polls to enthusiastically support him.

Who are the members of this opposition, and how strong are they? What do they hope to achieve by opposing a popular politician and an even more popular platform? And where does the Supreme Leader, the most powerful man in Iran, stand in this internecine battle? Perhaps more importantly, where do the people stand?

Majd's talk will examine these questions and try to shed light on the political and social situation in Iran. It will attempt to give a picture of where Iran is today, and where it wants to go. 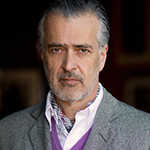 Hooman Majd, NBC News contributor, is an author and journalist based in New York. He has written for Newsweek, The New Yorker, The New York Observer, The New York Times, The New Republic, The Los Angeles Times, TIME, Reuters, The Financial Times, GQ, Interview Magazine, Salon, Politico, Foreign Policy, Foreign Affairs, and The Daily Beast, among others.

Majd is the author of the New York Times bestseller The Ayatollah Begs to Differ (Doubleday, 2008, Penguin 2009), and The Ayatollahs' Democracy (Norton, 2010, Penguin 2011). His books have been translated into a number of other languages. A latest book, The Ministry of Guidance Invites You to Not Stay, was published by Doubleday (and Penguin in the UK) in the Fall of 2013.

Born in Tehran, Iran to a diplomatic family, he was raised and educated in the West from infancy. He attended secondary school at St. Paul’s School in London and college at George Washington University in Washington, D.C..

Prior to his career as a journalist and author, Majd worked as an executive in the entertainment industry for many years, in both music and film.