Early Marriage in Zaatari: Displacement and Agency Among Syrian Refugees 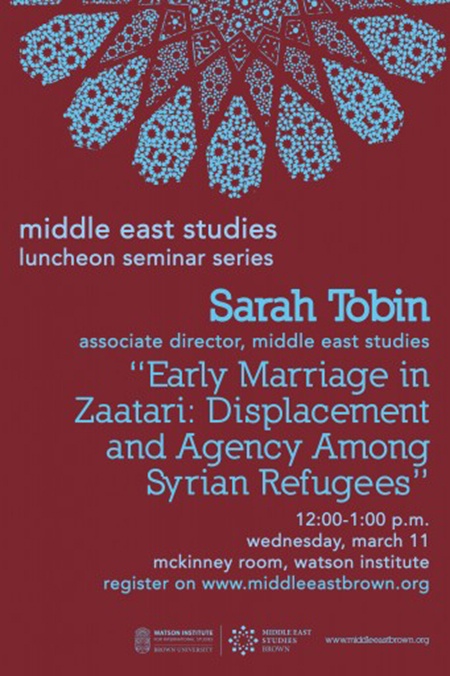 Western reports of sex- and gender-based violence of Syrian refugees in Jordan, namely the world’s second largest refugee camp, Zaatari, are rife with alarmist reports of rape, assault, and early marriage of young teenage girls. My own research found that early marriage is reportedly occurring in Zaatari for a number of prominent and expected reasons, including economic vulnerability of large, female-headed households; demographic limitations due to the absence of men age 18-40 in the camp; and self-proclaimed adherence to “Syrian traditions,” among others. More immediately, however, I argue that an unspoken underpinning of the marriage of young girls is that, rather than enhanced controls and regulation on women and their bodies, parents and adults are granting young girls enhanced and amplified agency. As previous literature has articulated, solutions to bodily, everyday suffering are often indexed in terms of expectations of agency. The results of this in the refugee experience are that many rapes are recast as consensual “zina” or “adultery,” and young girls can and do consent to marriages with either very young men or very old men. These practices ultimately disenfranchise them from education and employment opportunities long into the future. While enhanced agency might, at first glance, appear to be deregulation of women’s bodies, the larger structural impacts are actually an intensification of regulation of women’s bodies and control of women’s movements and possibilities. 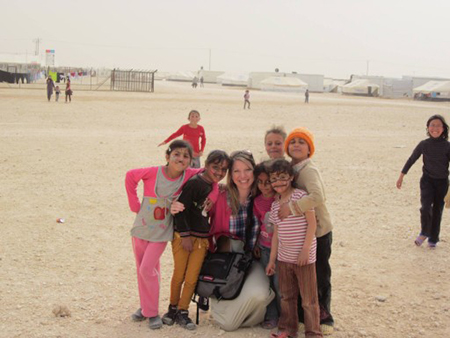 Sarah Tobin in ZaatariDr. Sarah Tobin is an anthropologist with expertise in Islam, economic anthropology, and gender in the Middle East. Her work explores transformations in religious and economic life, identity construction, and personal piety at the intersections with gender, Islamic authority and normative Islam, public ethics, and Islamic authenticity. Ethnographically, her work focuses on Islamic piety in the economy, especially Islamic Banking and Finance, Ramadan, and in contested fields of consumption such as the hijab, and the Arab Spring. Her most recent research focuses on security and resilience in Syrian Refugee Camps in Jordan. She published “Security and Resilience Among Syrian Refugees in Jordan” in MERIP (http://www.merip.org/mero/mero101414;co-authored with Dr. Denis Sullivan).