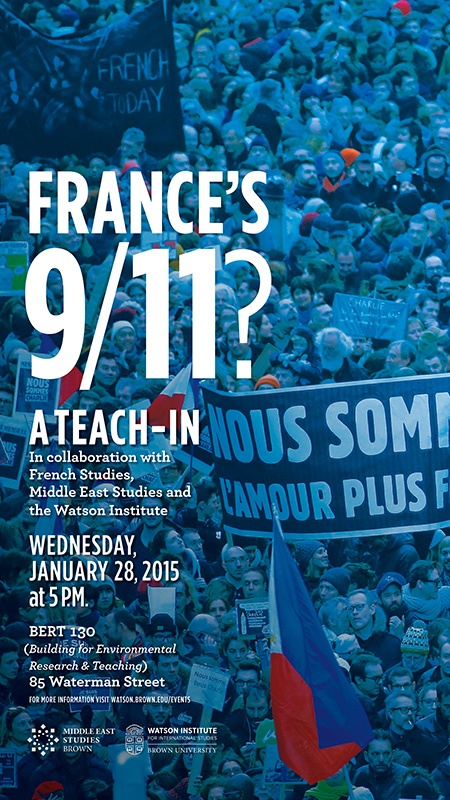 Wednesday, January 28, 5 p.m. In the aftermath of the recent terrorist attacks in Paris a number of debates have re-emerged in Europe around the status of immigrant communities and the Banlieues, the place of Judaism and Islam, the French tradition of LaÃ¯citÃ©, freedom of speech and its limitations, and relations between the West & the Middle East.

Organized in collaboration with Middle Eastern Studies, the Department of French Studies and the Watson Institute, this Teach-In aims to explore these issues and the controversies they have generated both in France and in the broader international community by providing the social, historical and political context for these events. This event will be live-streamed. Check back for the webcast link.