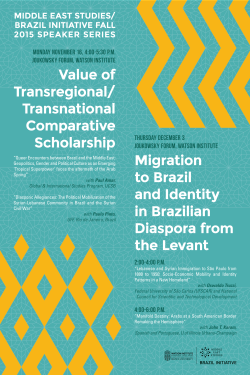 2:00 p.m. Oswaldo Truzzi, “Lebanese and Syrian Immigration to São Paulo from 1880 to 1950: Socio-Economic Mobility and Identity Patterns in a New Homeland,”
Federal University of São Carlos (UFSCAR) and National Council for Scientific and Technological Development(CNPq). 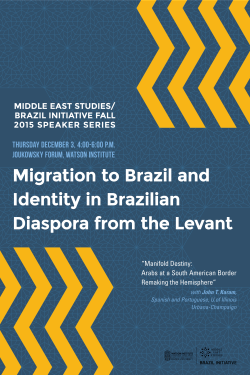