“Security, Theology, Surveillance and the Politics of Fear” 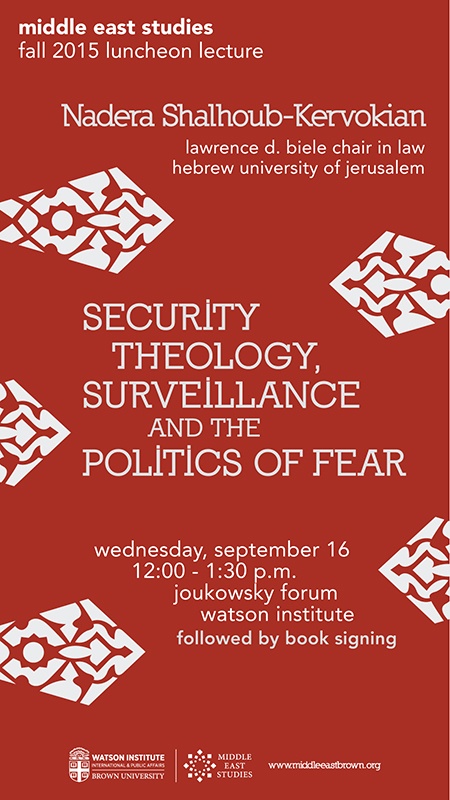 Nadera Shalhoub-Kervokian,Lawrence D Biele Chair in Law at the Institute of Criminology- Faculty of Law School of Social Work and Social Welfare of The Hebrew University of Jerusalem

The core of the book is a reconsideration of “security” claims, surveillance and fear. It reveals the way fear and surveillance over otherized communities are turned into a new theology in our modern age. Fear is defined by and perceived to be produced as a “productive” resource in the hands of Empire and its allies, and therefore it is subject to the laws of production. Moreover, the book explores how the colonizer and those in power invest in the maintenance of such fear so as to ensure that fear is not a depreciating asset while they replenish the capital of this fear by fueling it with new epistemologies and warning the world of yet “newer dangers.” The book demonstrates the importance for colonizers to preserve fear and produce of paranoia, which allows for an increase in hegemony and so in power. More importantly, the book sheds light on the way in which such an economy of fear constructs new gendered and raced boundaries and divisions—both psychic and material, all in the name of “biblical claims” and “national security”—which Shalhoub Kevorkiancalls security theology. 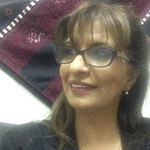 Nadera Shalhoub-Kevorkian is a longtime anti-violence, native Palestinian feminist activist and scholar. She is the Lawrence D. Biele Chair in Law at the Faculty of Law-Institute of Criminology and the School of Social Work and Public Welfare at the Hebrew University of Jerusalem. Shalhoub-Kevorkian is also the director of the Gender Studies Program at Mada al-Carmel, the Arab Center for Applied Social Research in Haifa. Her research focuses on femicide, state crime, child abuse, and other forms of gendered violence, crimes of abuse of power in settler colonial contexts, surveillance, securitization, and trauma in militarized and colonized zones. Her most recent books are entitled: “Militarization and Violence Against Women in Conflict Zones in the Middle East: The Palestinian Case Study” published by Cambridge University Press (CUP), 2010, and “Security Theology, Surveillance and the Politics of Fear” published by CUP, 2015. Shalhoub-Kevorkian plays a prominent role in the local Palestinian community. As a resident of the old city of Jerusalem, Shalhoub-Kevorkian engages in direct actions and critical dialogue to end the inscription of power over Palestinian children’s lives, spaces of death, and women’s birthing bodies and lives.