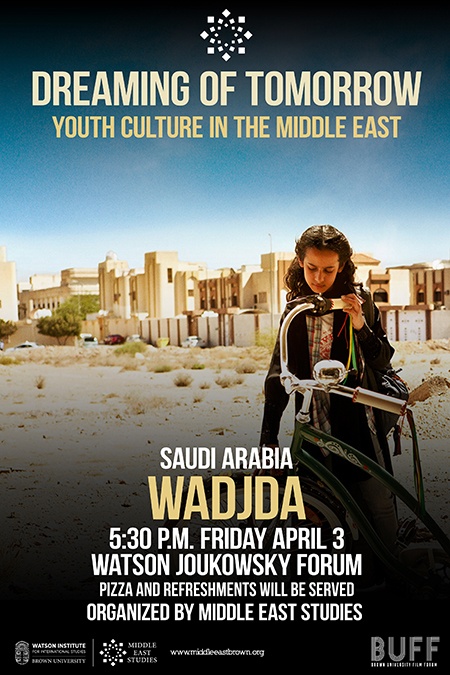 About the film:
This is the first feature film shot entirely in Saudi Arabia and the first Saudi film submitted for an Academy Award. It tells the moving story of Wadjda, an 11-year-old girl on a mission to own a bicycle.