Book Talk | Adventures in Field-Building: On the History of Area Studies/MES in the USA/Zachary Lockman NYU 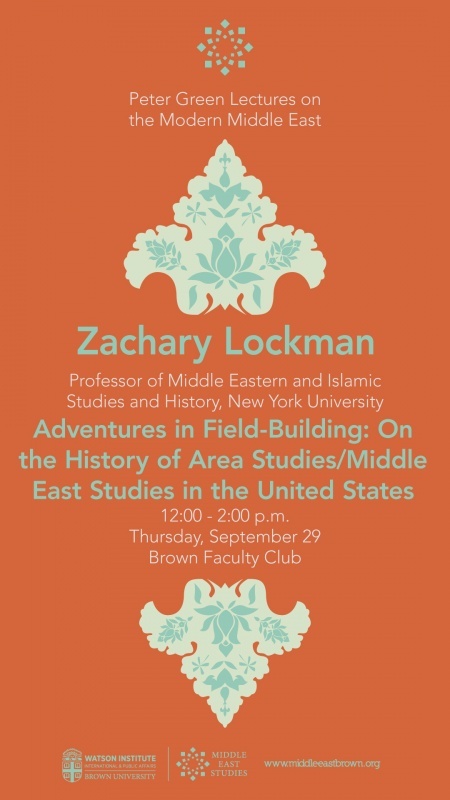 Now at capacity. Registration closed. By invitation and registration only.

“Adventures in Field-Building: On the History of Area Studies/Middle East Studies in the United States”

Abstract: Area studies is often simplistically depicted as little more than a Cold War form of knowledge, but its emergence as a component of the postwar American academic scene was in fact propelled and shaped by visions, exigencies and contingencies that were not initially or exclusively about the needs of the national security state. Zachary Lockman’s new book Field Notes: The Making of Middle East Studies in the United States (2016) draws on extensive archival research to offer a different perspective on the origins and trajectory of area studies in the United States and to explore how the field of Middle East studies in the United States was actually built. The book’s focus is not on intellectual paradigms or scholarly output but on funding decisions and their rationales, efforts to elaborate a distinctive theory and method for area studies, the anxieties these efforts generated for Middle East studies, and the unanticipated consequences of building these new academic fields.

Bio: Zachary Lockman has taught modern Middle Eastern history at New York University since 1995. His most recent book is Field Notes: The Making of Middle East Studies in the United States (2016). He is also the author of Contending Visions of the Middle East: The History and Politics of Orientalism (2004/2010); Comrades and Enemies: Arab and Jewish Workers in Palestine, 1906-1948 (1996); and (with Joel Beinin) Workers on the Nile: Nationalism, Communism, Islam, and the Egyptian Working Class, 1882-1954 (1987). He is a former president of the Middle East Studies Association, chairs the wing of MESA’s Committee on Academic Freedom that deals with North America, and is a contributing editor of Middle East Report.