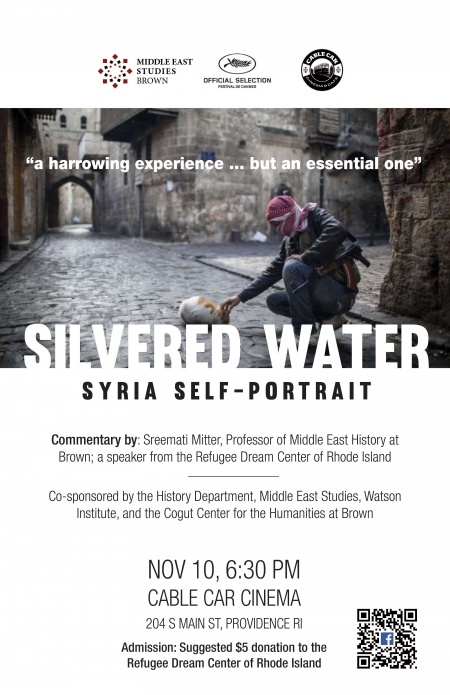 Suggested $5 donation to the Refugee Dream Center of Rhode Island

“In Syria, every day, YouTubers film then die; others kill then film. In Paris, driven by my inexhaustible love for Syria, I find that I can only film the sky and edit the footage posted on YouTube. From within the tension between my estrangement in France and the revolution, an encounter happened. A young Kurdish woman from Homs began to chat with me, asking: “If your camera were here, in Homs, what would you be filming?” Silvered Water, Syria Self Portrait is the story of that encounter.”  --Ossama Mohammed

Join us after the screening for commentary by Omar Bah, Director of the Refugee Dream Center, and Sreemati Mitter, Professor of Middle East History at Brown