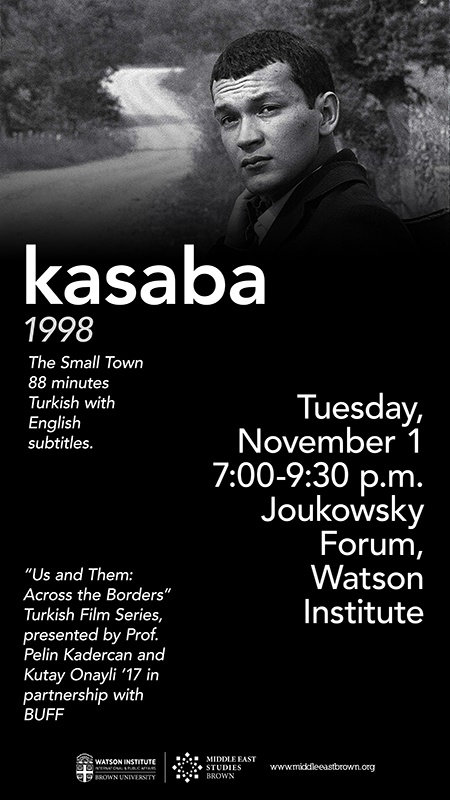 “Us and Them: Across the Borders” MES film series on Displacement, presented by Prof. Pelin Kadercan and Kutay Onayli ’17 in partnership with BUFF (Brown Film Forum)

Description:
Told from the perspective of two children, and in four parts which run parallel to seasons, KASABA describes relationships between members of a Turkish family in a small town.

The first part is in a primary school where the family’s 11 year old daughter is a pupil. It shows the social environment to which she has to adapt, and its difficulties. She faces with her feeling of shame and some merciless clues of life.

The second part is in spring. We see the girl with her brother, who is four years younger, and their journey to the corn field where their family are waiting for them. As they pass through the countryside, they encounter the mysteries of nature and wildlife.

In the third part the brother and sister witness the complexities and darkness of the adult world.

The fourth part takes place at home. This is a tranquil sequence moving between reality and dream.