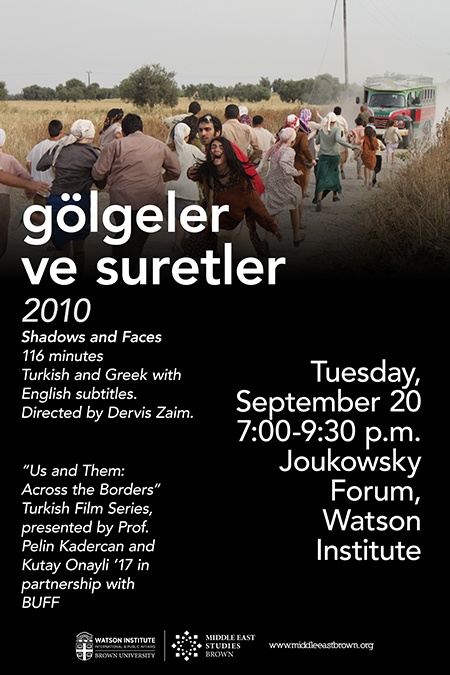 “Us and Them: Across the Borders” MES Turkish film series on Displacement, presented by Prof. Pelin Kadercan and Kutay Onayli ’17 in partnership with BUFF (Brown Film Forum)

On 21 December 1963, fighting erupted between the communities in Nicosia, Cyprus. In the days that followed it spread across the rest of the island. At the same time, the power-sharing government (Turkey and Greece) collapsed. As a result, 18,667 Turkish Cypriots from 103 different villages abandoned their homes. Shadows and Faces tells the story of a young girl who is separated from his shadow puppetry performer father during this ethnic conflict between Cypriot Greeks and Cypriot Turks in 1963.

A recorded interview with the director and a panel Q&A will follow the film.