Islam and the French: Religion and Laïcité in the Public Sphere 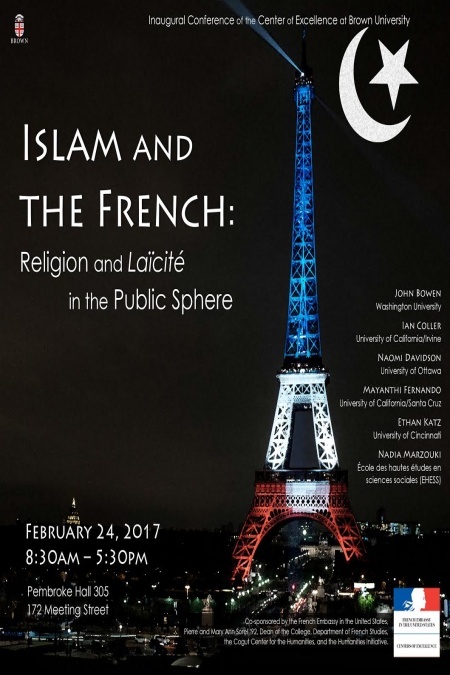 Inaugural Conference of the Centre d'Excellence at Brown: "Islam and the French: Religion and Laïcité in the Public Sphere"

This conference will examine the debates surrounding the place of Islam in French society today. Focusing on the current polemics surrounding Laïcité—a uniquely French phenomenon that differs fundamentally from other forms of secularization in that the State guarantees the private practice of religion while insisting on a strict separation of Church and State—participants will investigate the emergence of a new public visibility of Islam in the West and the anxieties it is generating. On the one hand, Islam is seen by some as a fundamentally different religion posing a new, specific threat that makes it incompatible with French identity and modernity. On the other, because it is the religion of immigrants from Muslim countries, its practice is seen as posing particular challenges to French society, as the controversies over the headscarf and halal meat testify. In the context of European integration, globalization, and migrations, recent debates over French identity have focused on Islam and are reshaping the intellectual and political landscape. The goal of this conference is to achieve a better understanding of the contemporary place of religion and religiosity in public life.

Co-sponsored by the French Embassy in the United States, Pierre and Mary Ann Sorel '92, Dean of the College, Department of French Studies, the Cogut Center for the Humanities, and the Humanities Initiative.