A Reporter's Perspective: Islamic State, Assad, Russia, Trump and the Failure of US Policy 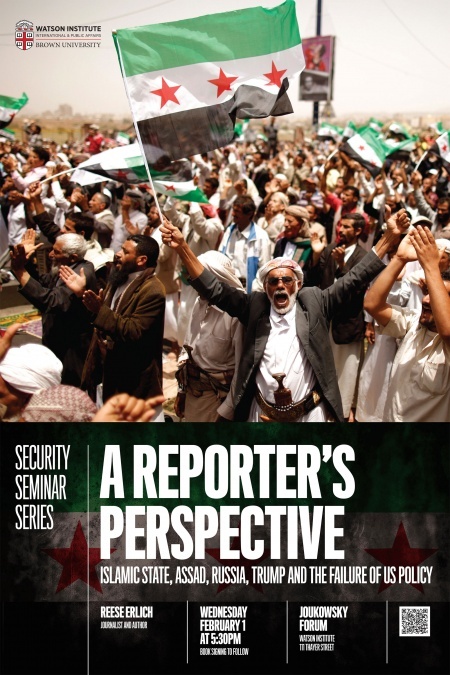 Seyed Hossein Mousavian is a Middle East Security and Nuclear Policy Specialist at the Program on Science and Global Security at Princeton University’s Woodrow Wilson School of Public and International Affairs. He is a former diplomat who served as Iran’s Ambassador to Germany (1990-1997), Head of the Foreign Relations Committee of Iran’s National Security Council (1997-2005), Spokesman for Iran in its nuclear negotiations with the international community (2003-2005), Foreign Policy Advisor to the Secretary of the Supreme National Security Council (2005-2007), Vice President of the Center for Strategic Research for International Affairs (2005-2009), General Director of Foreign Ministry for West Europe (1987-1990), Chief of Parliament Administration (1984-1986) and the editor in chief of the English-language international newspaper Tehran Times (1980-1990).

Mousavian is also the author of several publications, including Iran-Europe Relations: Challenges and Opportunities, Additional Protocol and Islamic Republic’s Strategy and Human Rights: Trends and Viewpoints. His book The Iranian Nuclear Crisis: A Memoir was published by Carnegie Endowment for International Peace in June 2012. His latest book, Iran and the United States: An Insider’s view on the Failed Past and the Road to Peace was published by Bloomsbury Publishers in May 2014.