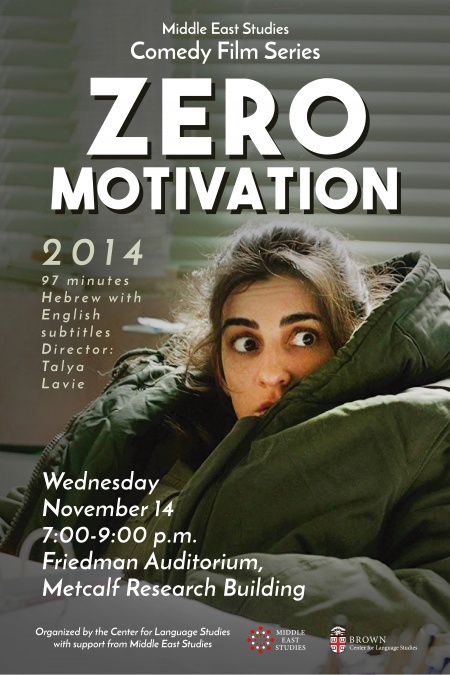 A satirical black comedy described as M*A*S*H meets Orange is the New Black and the Office, Zero Motivation offers a portrait of female soldiers at a human resources office on a remote military base, where best friends Zohar and Daffi goof off while their senior officer Rama aspires to ascend the ranks. A Best Narrative Feature Award at the Tribeca Film Festival.