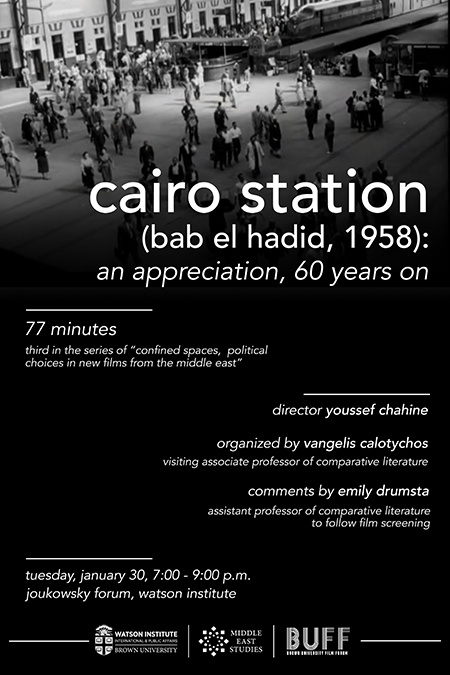 Organized by Vangelis Calotychos, visiting associate professor of comparative literature this is the third film in the series “Confined Spaces, Political Choices in New Films from the Middle East.”

Cairo Station (Bab el hadid, ‘the Iron Gate,’ in Arabic) follows Qinawi, a peddler who sells newspapers, and his obsession with Hannuma, a lemonade seller engaged to Abu Siri, a porter attempting to organize a union. The film is noted as one of the first depictions of Egyptian society that deviated from the feel good escapism of Egyptian cinema into Italian neo-realism and American noir styles. Banned in Egypt for 20 years, the film has since been recognized as a classic of Egyptian cinema.