Adeeb Khalid – The Uyghurs’ China Problem, or How We Got to the Political Re-Education Camps of Xinjiang 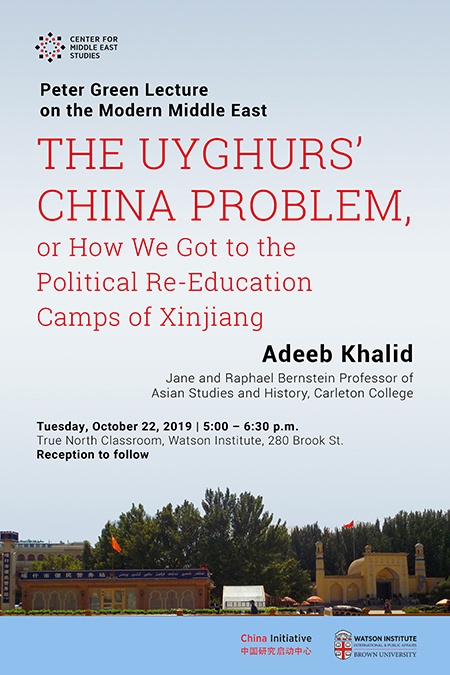 The current campaign of mass incarceration in Xinjiang is the latest twist in the long conflict between the Uyghurs and the Chinese state over the past, present, and the future. In this talk, Adeeb Khalid will attempt to place the current situation in its Central Asian context by tracing the emergence of national discourses among the Uyghurs. These discourses had little to do with China but were a part of broader development of Turkic modernities from the late nineteenth century on. Tracing these discourses takes us to the many ties that link the Uyghur sense of self to the Ottoman and the Russian empires and to Turkey and the Soviet Union. A comparison of Soviet and Chinese practices for managing national difference will round out the presentation.

Adeeb Khalid is Jane and Raphael Bernstein Professor of Asian Studies and History at Carleton College in Northfield, Minnesota, where he has taught since 1993. He works on Central Asia in the period after the imperial conquests of the 19th century, with thematic interests in religion and cultural change, nationalism, empires and colonialism. He has received fellowships from the Guggenheim Foundation, the Carnegie Corporation, and the John W. Kluge Center at the Library of Congress. He is the author of The Politics of Muslim Cultural Reform: Jadidism in Central Asia (University of California Press, 1998), Islam after Communism: Religion and Politics in Central Asia (University of California Press, 2007), and Making Uzbekistan: Nation, Empire, and Revolution in the Early USSR (Cornell University Press, 2015). He is currently working on a history of modern Central Asia for a general audience.