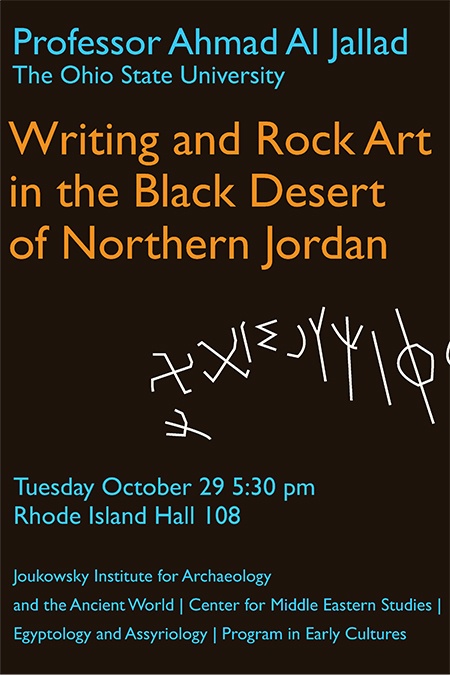 Dr. Ahmad Al-Jallad is the Sofia Chair in Arabic Studies and associate professor in the Department of Near Eastern Languages and Culture at The Ohio State University. Dr. Al-Jallad is a philologist, epigraphist, and historian of language. His work focuses on the languages and writing systems of pre-Islamic Arabia and the ancient Near East. He has authored and edited four books and nearly thirty articles on the early history of Arabic, language classification, North Arabian and Arabic epigraphy, and historical Semitic linguistics.

Organized by the Joukowsky Institute for Archaeology and the Ancient World and cosponsored by the Center for Middle East Studies, the Program in Early Cultures, and the Department of Egyptology & Assyriology