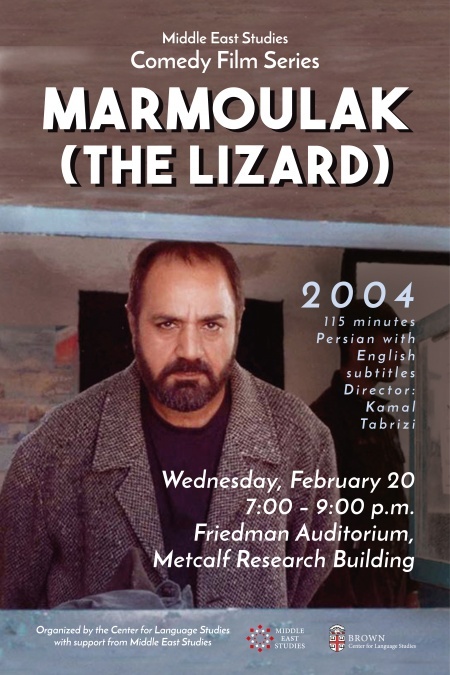 Reza Marmoulak is a thief and escaped prisoner who poses as a mullah to evade capture and finds that his guileless approach to religion attracts followers and has its benefits. The 2004 film premiered in late March during Nowruz in its initial run and subsequently elicited controversy, with an edited version of the film eventually becoming a box office hit in Iran. The film’s satirization of religion and members of the clergy highlights the tensions that exist in modern Iranian society and how comedy as a genre creates a space for critique and observation of otherwise taboo topics through covert means.