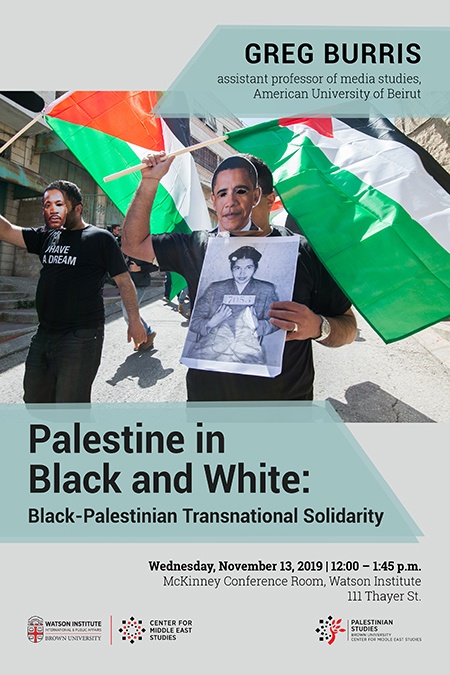 Seating is limited.
Registration is at capacity, join waitlist

Is there a link between the colonization of Palestinian lands and the enclosing of Palestinian minds? In his book, The Palestinian Idea: Film, Media, and the Radical Imagination (Temple University Press, March 2019), Greg Burris argues that it is precisely through film and media that hope can occasionally emerge amidst hopelessness, emancipation amidst oppression, freedom amidst apartheid. The author employs the work of Edward W. Said, Jacques Rancière, and Cedric J. Robinson in order to locate Palestinian utopia in the heart of the Zionist present.

In this talk, drawn from Burris’ book, the history of Black-Palestinian relations is examined through the lens of media and culture. Focusing on a number of recent instances in which links between these two communities have been fashioned through an array of media forms including YouTube videos, Twitter feeds, Facebook posts, spoken word poetry, hip hop music, and television news spectacles, Professor Burris argues that Black-Palestinian media activism presents an opportunity to critically examine and challenge our notions of race, identity, and solidarity itself.

Cosponsored by the Department of Africana Studies 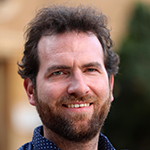 Greg Burris is an assistant professor of media studies at the American University of Beirut. A film and cultural theorist, his work focuses on race, media, and emancipatory politics. His writings have appeared in such publications as CineAction, Cinema Journal, the Electronic Intifada, Film Quarterly, The Guardian, Jadaliyya, Middle Eastern Studies, Quarterly Review of Film and Video, and the anthologies Futures of Black Radicalism and Global Raciality: Empire, PostColoniality, and Decoloniality. The Palestinian Idea: Film, Media, and the Radical Imagination (Temple University Press, 2019) is his first book.