The Nuns, the Priests and the Bombs, film screening 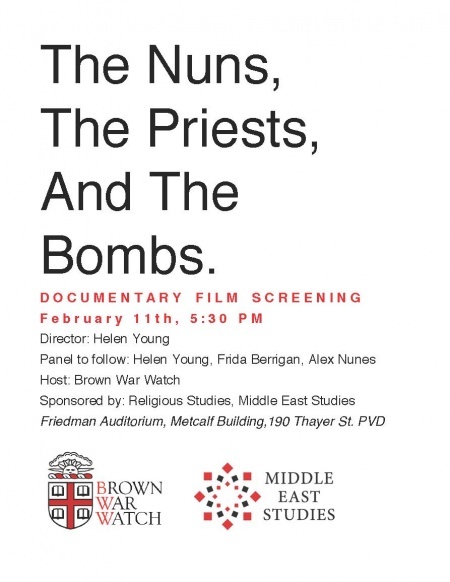 The Nuns, the Priests and the Bombs is a documentary about daring Catholic anti-nuclear activists who risk long jail terms in their efforts to move the world away from the nuclear brink. Are they criminals or prophets sending a wake-up call to the world?

Since 1980, activists in lay and religious life have undertaken dramatic Plowshares protests, derived from the biblical injunction, “They shall beat their swords into plowshares,” incurring long prison sentences in an ongoing campaign to deter nuclear disaster. Two cases are documented: the July 2012 break-in at a site known as America’s “Fort Knox of Uranium” where the intruders were an 82-year old Catholic nun and two fellow peace activists, and the 2009 Plowshares action at a US naval base near Seattle, WA. The film follows the activists’ legal efforts to justify their actions under international law and highlights the power of their moral conviction.