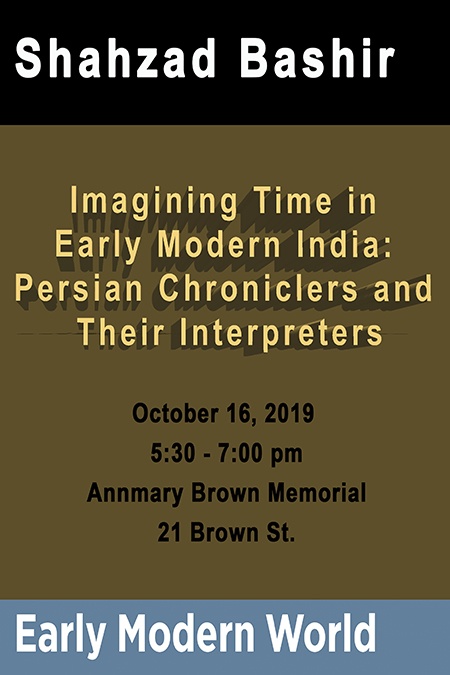 India was the scene for the production of a vast, internally diverse chronicle literature in Persian during the period 1500–1900 C.E. During the 19th century, European scholars made selective use of this material to create the modern understanding of South Asian history that remains dominant to the present. Shahzad Bashir discusses concepts pertaining to time that undergird a variety of understandings of the past in the original literature, highlighting matters left out by 19th-century interpreters and their later followers invested in nationalist histories. The exploration is part of a larger project aimed at questioning the framework for ‘Islamic’ history in modern scholarship

Shahzad Bashir specializes in Islamic Studies with interests in the intellectual and social histories of the societies of Iran and Central and South Asia circa 14th century C.E. to the present. His published work is concerned with the study of Sufism and Shi’ism, messianic movements originating in Islamic contexts, representation of corporeality in hagiographic texts and Persian miniature paintings, religious developments during the Timurid and Safavid periods, and modern transformations of Islamic societies.