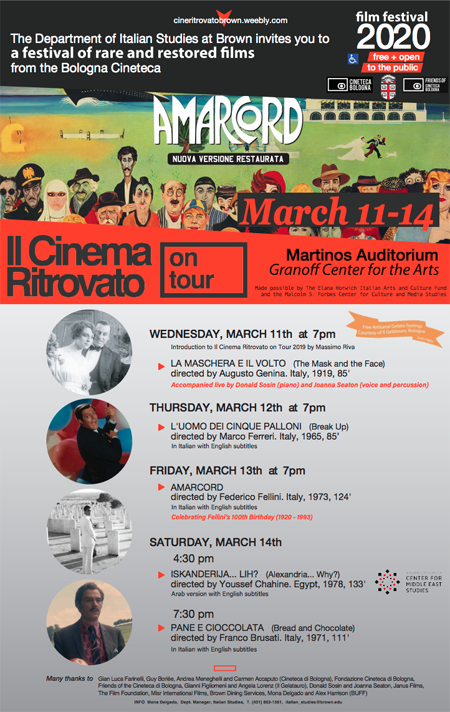 Granoff Center for the Creative Arts

Along with Bab al-hadid (Cairo Station), this is Youssef Chahine’s other masterpiece and the first ever autobiographical movie to come out of the Arab world. Yahia, a 16-year-old boy obsessed with Hollywood movies wants to act. At school, everyone notices the furious energy with which he performs Shakespeare’s great lines. And it’s his story that lies at the heart of this bittersweet chronicle of growing up in cosmopolitan Alexandria during WWII, which combines several genres.

Iskanderija… lih? stands as the first part of a four-part autobiography, be­side Hadduta misrija (An Egyptian Story), Iskanderija kaman ove kaman (Alexandria Again and Forever) and Iskanderija… New York (Alexandria… New York). This great film is also remembered as marking the start of Chahine’s emotional connection with a young actor, Mohsen Mohieddine. When it was released, it was banned by almost every Arab country who felt the director supported Sadat’s American-influenced Camp David agreement policies, including recognising Israel. But perhaps other, less publicly acknowledgeable motives lay behind the ban, first among which might be the first explicit reference to homosexuality in Arab cinema. In this unbelievably brave film, an Arab nationalist activist falls in love with the British soldier whom he is meant to be keeping hostage. The film combines archival material and drama, musical comedy and historical chronicle, intimate confession and epic scenes. Iskanderija… lih? is both his most personal and the most successful of all his films.