Since the US-led invasion and occupation of Iraq in 2003, the challenges of sectarianism and militarism have weighed heavily on the women of Iraq. In this book, Zahra Ali foregrounds a wide-range of interviews with a variety of women involved in women's rights activism, showing how everyday life and intellectual life has developed since the US-led invasion. In addition to this, Ali offers detailed historical research of social, economic and political contexts since the formation of the Iraqi state in the 1920s. Through a transnational and postcolonial feminist approach, this book also considers the ways in which gender norms and practices, Iraqi feminist discourses, and activisms are shaped and developed through state politics, competing nationalisms, religious, tribal and sectarian dynamics, wars, and economic sanctions. The result is a vivid account of the everyday life in today's Iraq and an exceptional analysis of the future of Iraqi feminisms.

Cosponsored by the Pembroke Center for Teaching and Research on Women 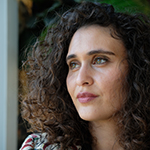 Zahra Ali is a sociologist, her research explores dynamics of women and gender, social and political movements in relation to Islam(s) and the Middle East and contexts of war and conflicts with a focus on contemporary Iraq. She is an assistant professor of sociology at Rutgers University. Her book Women and Gender in Iraq: between Nation-building and Fragmentation (Cambridge University Press, 2018), is a sociological study of Iraqi women’s social, political activism and feminisms through an in-depth ethnography of post-2003 Iraqi women’s rights organizations and a detailed research on Iraqi women’s social, economic and political experiences since the formation of the Iraqi state.