Islamo-leftism and Debates on Class, Gender, and Religious Hierarchies in France 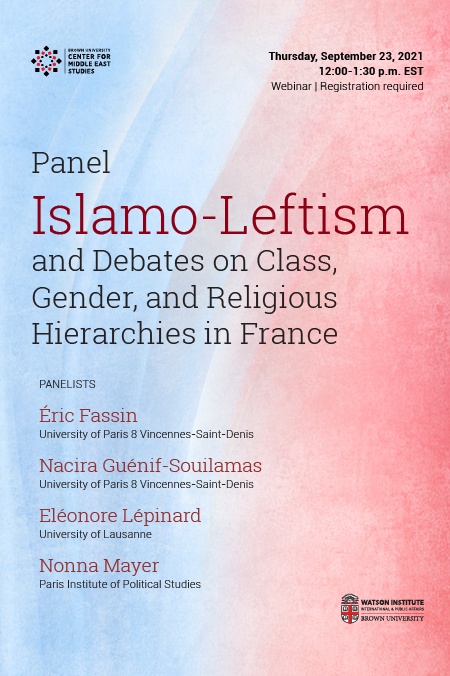 Racialization and Racism in the Middle East and its Diasporas
Virtual Event
Gender
Workshops, Conferences, Seminars

Jean-Michel Blanquer, Minister of National Education, warned that “Islamo-leftism” was “wreaking havoc in society" and denounced what he described as “the intellectual complicity in terrorism"; finally, Frederique Vidal, Minister of Higher Education, advocated for an investigation into university research with the goal to distinguish “real” research from alleged left-wing “militancy.” Despite the appeal among the growing Islamophobic majority of the French electorate, those attacked as Islamo-leftists are neither “Islamists” nor, in most cases, Muslims. Targeted individuals and organizations include opposition leader Jean-Luc Melanchon, journalists openly critical of Macron, leftist student unions, “radical” feminist groups, and anti-racist groups fighting against discrimination and neo-colonialism, including Collective Against Islamophobia and Black Lives Matter.