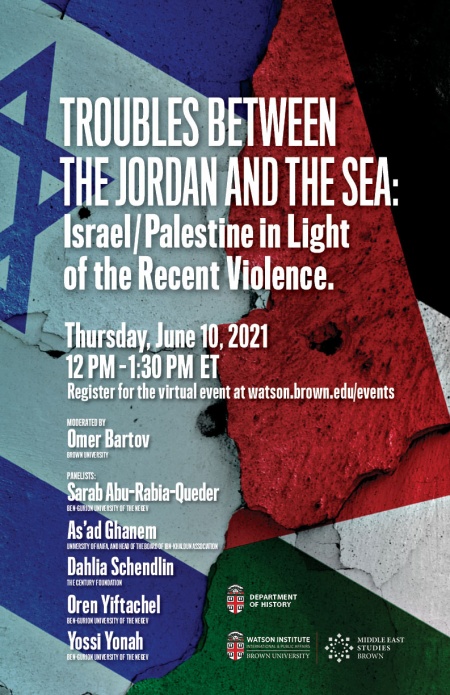 The violent events of “Bloody May” in Israel/Palestine have shaken the country, as well as many conventional concepts and predictions. The events showed clearly that the question of Palestine, previously sidelined by Israeli and American leaders and other observers, remains the foundation of politics and identities in the contested land. In this panel five renowned Palestinian and Jewish researchers will use their expertise to analyze the recent events. The panel will focus on the implications of these events for the future of Palestine/Israel, the politics of the two nations, academic discourse on this issue, and the role of the United States in the region.

Sarab Abu-Rabia-Queder, Sociologist and expert on Palestinian/Bedouin women and on the project of decolonizing academia. Involved with Palestinian students’ struggles.

As’ad Ghanem, Political scientist specializing in the dynamics of the Palestinian struggle for national and human rights. A leading voice for a 'one-state' movement.

Dahlia Schendlin, Political scientist and strategic advisor. Expert in international relations and authority on public opinion on the conflict in Israel and Palestine.

Oren Yiftachel, Political geographer and urban planner. Specializes in ethnocratic and colonial politics of land and settlement. A leading advocate for confederation in Israel/Palestine.

Yossi Yonah, Political philosopher and politician. Specializes in racism, democracy, multiculturalism, and minority politics. Served as member of Knesset in 2015-2019.

Co-sponsored by the Center for Middle East Studies, the Department of History and the Watson Institute