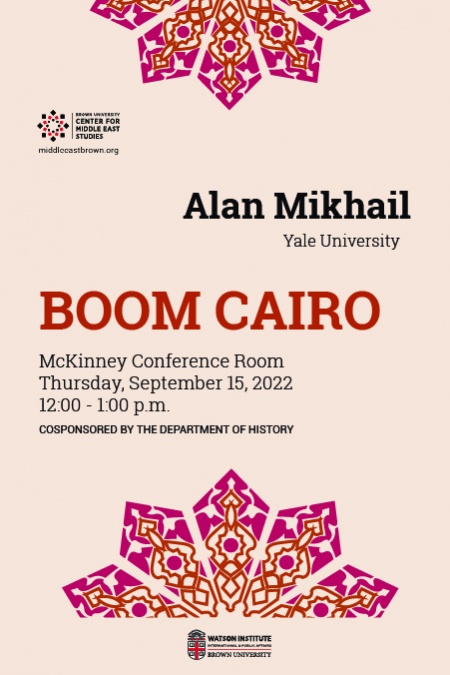 McKinney Conference Room, Watson Institute
Co-Sponsored by the Department of History and the Institute at Brown for Environment and Society

In the summer of 1787, a merchant's supply of gunpowder ignited, rippling an explosion through Cairo's central commercial district. As flames shot out from this store, buildings toppled and city blocks were destroyed. The aftermath revealed dozens of dead. This paper examines the structural conditions that made this disaster and what the responses to it reveal about the state of politics, the economy, and environmental consciousness in Egypt at the end of the eighteenth century.

Alan Mikhail is the Chace Family Professor of History and chair of the Department of History at Yale University. He is the author of four award-winning books, most recently God’s Shadow: Sultan Selim, His Ottoman Empire, and the Making of the Modern World (2020). His forthcoming book is My Egypt Archive.