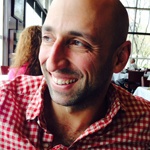 Elias Muhanna, Manning Assistant Professor of Comparative Literature, has been named one of the 2015 American Council of Learned Societies Fellows. The Fellowship is awarded to academics who create new knowledge resulting from investigations and reflections on diverse cultures, texts, and artifacts from across the globe and human history. Elias Muhanna’s project is titled “Big Data in the Medieval Islamic World: Classical Arabic Encyclopedias in Their Golden Age.”

The study examines a golden age of Arabic encyclopedic literature that emerged in the scholarly centers of fourteenth-century Egypt and Syria. This was a period that witnessed the composition of encyclopedic works covering a vast array of subjects, from literature, history, and geography, to law, theology, and exegesis. Focusing on one major work, the 31-volume encyclopedia “The Ultimate Ambition in the Arts of Erudition,” this project explores the question of what led an educated class of scholars and littérateurs to produce enormous compendia in such profusion. This encyclopedic activity was instrumental in organizing a millennium-old corpus of accumulated knowledge across multiple fields, leading to the canonization of certain literary texts and the eclipsing of others. Insofar as the intellectual patrimonies of Europe and the Islamic world were connected by the traffic of such encyclopedic texts, this study contributes to the interdisciplinary exploration of the medieval and early modern Mediterranean world.