Elias Muhanna’s review of “What is Islam” in The Nation 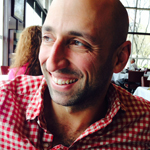 Elias Muhannah, Manning Assistant Professor of Comparative Literature, wrote a review of “What is Islam” by the late scholar Shabab Ahmed. Professor Muhanna’s review was featured in The Nation.

“The medieval English allegorical poem Piers Plowman described the birth of Islam as the result of a clever hoax. Muhammad, it asserted, was a former Christian who had made a failed attempt to become pope and then set off for Syria to mislead the innocents. He tamed a turtledove and taught it to eat grains of wheat placed in his ear. In a scene reminiscent of the enchantment of Melampus, the Greek oracle who was granted the ability to understand animal speech when his ears were licked by snakes, Piers’s Muhammad mesmerized audiences by having the bird fly down during the course of his preaching and appear to whisper in his ear. Staging a moment of revelation from God, the false prophet led men to misbelief by “wiles of his wit and a whit dowve.” Continue reading here.