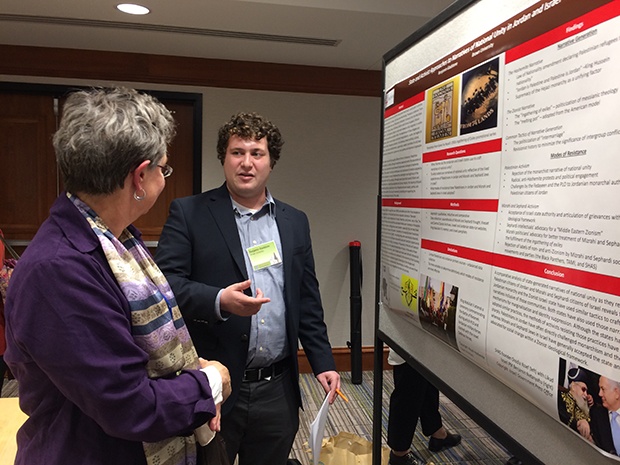 Senior Benjamin Gladstone ’18, recently traveled to the Middle East Studies Association (MESA) 2017 Annual Meeting, held in Washington, D.C., where he presented his paper, ‘National Unity in Narrative Only: State and Activist Approaches to Narratives of National Unity in Jordan and Israel.’

Congratulations to Ben for this opportunity to showcase his research amongst fellow students and noted scholars of the Middle East!