Karim Nagi returns to Brown for a special Lecture + Concert 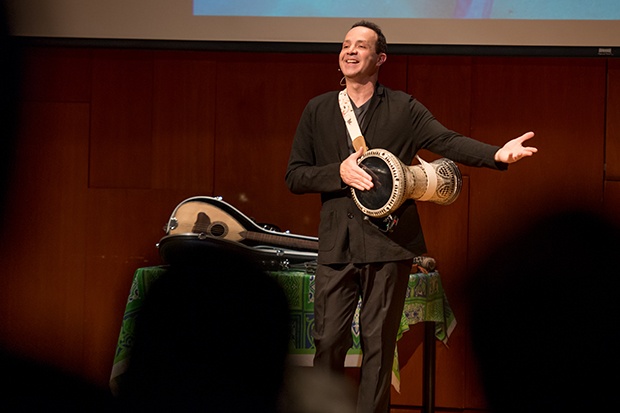 Expertly playing and explaining the history and cultural significance of traditional Arab instruments such as the riqq, buzuq, and tabla, interweaving original song, as well as news and media clips, Karim gave the audience a crash course in Arab musicality. Audience members participated in tarab – the feeling of elation associated with listening to and playing good music, learning the art of appropriately interjecting musical performances with audience vocalizations of praise for the performer, furthering an understanding of how music and dance can be utilized against orientalist stereotypes and Islamophobia.

A talented musician, dancer, and public speaker, we hope to see Karim Nagi at future events!