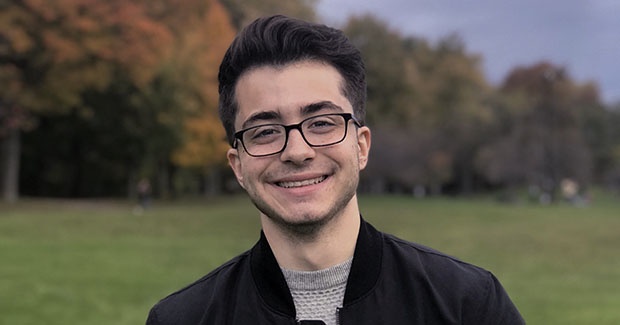 Ryan Saadeh is a 2020 winner of the Marshall Scholarship which finances young Americans of high ability to study for a degree in the United Kingdom, to strengthen the enduring relationship between the British and American peoples, their governments and their institutions. He is a 2019-2020 Middle East Studies Undergraduate Fellow, as well as the founder and executive editor of the Brown Undergraduate Journal of Middle East Studies, and co-president of the Brown University & Rhode Island School of Design (RISD) Arab Society. A concentrator in Middle East studies and political science, his honors thesis in Middle East Studies explores Lebanese-Syrian interwar security studies and the present-day securitization and marginalization of Syrians in Lebanon.

As a Marshall Scholar, Ryan will pursue an MSc in Violence, Conflict and Development at the School of Oriental and African Studies (SOAS) University of London, analyzing infrastructures and institutional mechanisms that perpetuate or quell violence even after active fighting has ended, and engages with issues such as the security-development nexus and post-conflict violence. Following that, he plans on pursuing an MA in Conflict Resolution in Divided Societies at King’s College London, which emphasizes pragmatic applications of conflict regulation.

After completing his Marshall Scholarship, Ryan hopes to join an organization addressing issues of refugee return, reconstruction, and transitional justice mechanisms in the Levant. Further down the line, he plans to pursue a PhD in Middle Eastern politics, tentatively focusing on identity mobilization during and after peace processes.