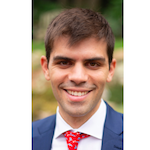 Lee-Or Ankori-Karlinsky is a second-year PhD student in the Department of Political Science, studying International Relations and Comparative Politics. His research examines the political psychology of symbols in the context of ethnic conflicts, with a focus on Jerusalem and its Holy Esplanade. The CMES award will allow him to gain critical Arabic language skills at the Middlebury Language School. 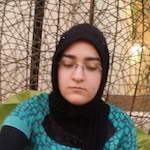 Aseel Azab is a graduate student in Islam, Society and Culture. She holds a BA in Political Science from the American University in Cairo. She is interested in the cultivation and expression of contemporary Muslim socio-political projects and ethical subjectivities, particularly in Egypt, and the ways in which these projects are produced in response to political circumstances, as well as ongoing textual engagement with premodern Islamic traditions. Her essay, "The Secular in Anglophone Scholarship on Premodern Islam: A Critical Historiography" was published in the Harvard Divinity School Graduate Student Journal (2021), and she recently presented a paper titled "Blessed Be the Strangers: An Islamic Ethical Framework for Eschatological Times" at the 2022 "Muslim Futurism" Conference, as well as an ongoing project, "Do What You Can to Keep the Good Word Alive: Salafi Subjectivity in Post 2013 Egypt," at the Doha Institute's Arab Center for Policy and Research. 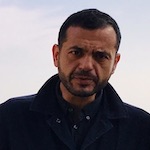 Adel Ben Bella is a PhD student in Modern Culture and Media at Brown University. He holds a BA in Lettres Modernes Spécialisées from Université Paris-Sorbonne, and an MFA in Film Directing from Columbia University. His work centers on twentieth-century colonial and postcolonial Algeria with a focus on visuality within the context of the Algerian Revolution and contemporary Algerian identity formation. Adel is also a practicing documentary filmmaker. The CMES Travel Award will allow him to conduct a video archiving project in Algeria consisting of filmed interviews with participants in the Algerian War of Liberation, as well as with Algerian scholars and current artists working in the field of visuality. 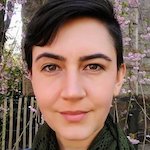 Kate Elizabeth Creasey is a fourth-year PhD student in History. She holds a BA in Anthropology and Near and Middle Eastern Civilizations from the University of Toronto. Her research focuses on the 1980 Turkish military coup in the broader context of Cold War military dictatorships and counterinsurgency. Kate is particularly interested in the use of visual source materials to explore gaps or moments of repression in the popular consciousness of this period. Her research is informed by the extensive time she has spent living in Turkey, China, and Tunisia, as well as the political importance of integrating Turkish history into narratives of the Arabic and Persian-speaking Middle East.

Carolina Mendoza is a PhD student in the religious studies department. Her work explores the religious imaginaries of sixteenth-century Iberian Muslims following the criminalization of Islam in the Spanish and Portuguese Empires. During this period, texts by Iberian Muslims were composed in the linguistic practice of Aljamiado—the use of Arabic characters to represent words from Romance languages. Her dissertation aims to demonstrate that Aljamiado texts represent a coherent religious-intellectual tradition, thus challenging established narratives about Iberian Muslims in the early modern world.