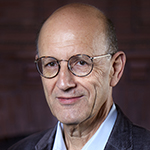 Adi Ophir is a professor emeritus from Tel Aviv University who teaches at the program for Middle East Studies and the Cogut Institute for the Humanities, where he also directs the project “Political Concepts at Brown.” His books include, Divine Violence: Two Essays on God and Disaster (Hebrew 2013), and The Order of Evils (Zone Books 2005). Ophir was the founding editor of Theoria v-Bikoret [Theory and Critique], an Israeli Journal for critical theory, as well as Maft'eakh: Lexical Review of Political Thought, and a founding member of Political Concepts: A Critical Lexicon.

Ophir’s current research focuses on political concepts, conceived as events, performances, and discursive apparatuses. He has studied three concepts in particular: “concept,” “political,” and, most currently, “the Other.” His study of the Other is inspired by a reconstruction of one particular type of Other - the Goy [gentile], the Jew’s Other, recently published in a book co-authored with Ishay Rosen Zvi, Goy: Israel’s Multiple Others and the Emergence of the Gentile (Oxford University Press 2018).

Ophir writes extensively on violence and ideology in Israel/Palestine. He is a co-author with Ariella Azoulay of The One-State Condition: Occupation and Democracy in Israel/Palestine (Stanford University Press 2012) and co-editor of The Power of Inclusive Exclusion: Anatomy of Israeli Rule in the Occupied Palestinian Territories (Zone Books 2009).