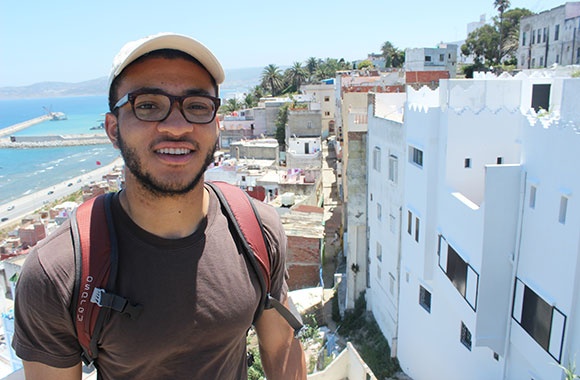 What is the topic of your thesis?

My thesis is a research of how Arab Americans have been impacted by changes in the labor market outcomes since 2001. It’s a quantitative study based on something called the American Community Survey. The ACS is a census that the government carries out each year on a select group of the population. They have been doing it since the 1800’s. They ask questions on anything, like how many toilets you have in your house, because they want to see what the state of the US population is.

They end up getting about 300 million people to tally what’s going on. So I am sifting through data from certain metropolitan areas and looking at Arab Americans. Have the types of jobs they do changed? Do they work more hours?

I studied abroad in Jerusalem at a time when there were missiles being launched back and forth between Gaza and Jerusalem. It was at the same time that Ferguson was happening. Talking to people in Palestine made me aware of intersectionalities I had not thought of. I realized I was very interested in American experiences and I wanted to research how people who identify as Arabs in the United States fare.