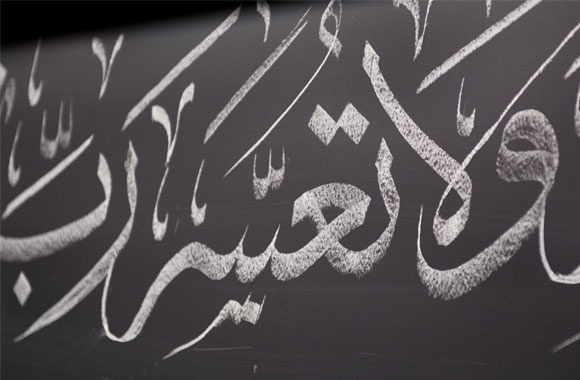 “Close reading in the original [language] is an invaluable skill not only for students of literature, but for anyone concerned with dispelling myths and generalizations about the region."

Can you tell us what you're working on these days, and how this current work fits with your larger research interests/previous work?

I have several research projects in the works at the moment. The first is my book, tentatively titled Between the Archive and the People: Authorship and Investigation in Egypt. While researching forms of narrative experimentation in twentieth-century Arabic fiction for my dissertation, I was struck by how frequently the investigation plot surfaced in Egyptian novels. One character disappears or is killed, another character notices, and the novel is transformed into a “search” (bahth) for the first character as conducted by the second, who becomes both a frame narrator and a metafictional stand-in for the author himself. In the course of his “research” (another resonance of the Arabic term bahth), the frame narrator consults a variety of both official and unofficial sources, including not only police files, coroner’s reports, and newspaper articles, but also stories, fables, and proverbs recounted orally by other characters in the novel. The novel—and, I argue, authorship in general during this period—thus becomes a negotiation between official historiography and unofficial storytelling, in other words, between the archive and the people.

I am also working on two translations: a volume of selected poetry and prose by the Iraqi modernist poetess Nazik al-Mala’ika (translated from Arabic), and a novel titled I Will Give You a Gazelle by the Algerian writer Malek Haddad (translated from French).

Finally, next spring I will publish an article titled “Inconstant Constantine: Three Postcolonial Literary Figurations of City and Self,” which challenges a few canonical theories about postcolonial identity by looking at the role of landscape in three Algerian novels: Kateb Yacine’s Nedjma, al-Tahir Wattar’s The Earthquake, and Ahlem Mosteghanemi’s The Bridges of Constantine. This article continues my enduring interest in bringing together North African texts written in both French and Arabic.

Can you share what you find most striking/unique/important about the nature/work of Brown MES so far?

One of the most unique things I’ve found about Brown’s MES program thus far is the space, time, and resources it grants to Palestine Studies. To my knowledge, we are the only institution in the U.S. to have both a postdoctoral fellowship and an annual conference in this field, giving us the opportunity to bring together scholars from all over the world, in a number of different fields, who are doing important work on Palestinian history and culture. I am also thrilled to be affiliated with one of the very few Comparative Literature departments in the U.S. (if not the only Comp Lit department) to have not one but two tenure-track faculty working in Arabic literature. Brown students are in an excellent position to study the Middle East from a variety of perspectives, including the literary one.

What advice would you have for undergraduates considering and(/or) already concentrating in MES or COLT?

Work on your languages! Whatever Middle Eastern language(s) you’ve chosen to study, grant yourself the time and space necessary to really work deeply in your language. Close reading in the original is an invaluable skill not only for students of literature, but for anyone concerned with dispelling myths and generalizations about the region. Also, I’d advise MES concentrators to take advantage of Brown’s open curriculum by taking a course in the Comparative Literature department, even if they’re not “humanities people.” As Edward Said teaches us, a dose of humanistic study can be invaluable to scholars studying the Middle East from any disciplinary perspective.

Learn more about Professor Drumsta's research at her luncheon seminar, "Between the Archive and the People: The Arabic Novel in the Age of Disillusionment," on April 19, 2017.