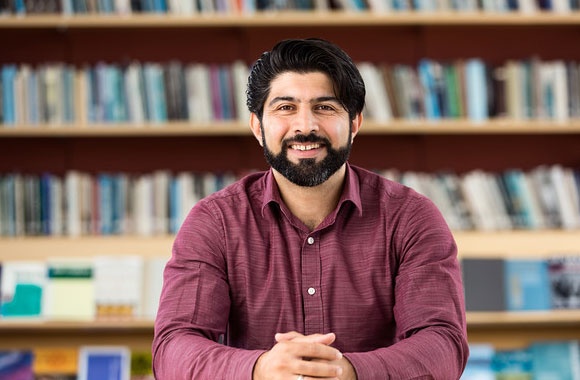 "My father was a public intellectual and famous dissident in Iran, so from my early years I was exposed to discussions about the trajectory of the country. I was in high school during the start of the reform movement, which tried to democratize the Iranian regime from within...The failure of the reform movement was one of the first questions that motivated my interest in studying the politics of change in the region."

Change from within: Postdoc M. Ali Kadivar shares his research on mobilization, democracy, and regime change

Tell us a little bit about your academic background. What first drew you to the field of Middle East Studies?

Well, I was born and raised in Iran. So I guess it was less of being drawn to the Middle East and more of a decision to study the Middle East as a career. I grew up in a political family: my father was a public intellectual and famous dissident in Iran, so from my early years I was exposed to discussions about the trajectory of the country. I was in high school during the start of the reform movement, which tried to democratize the Iranian regime from within. Different segments of the population such as youth, students, and women mobilized under the rubric of the reform movement. Despite some success in the beginning, the movement faced severe resistance from well-positioned conservatives within the regime’s non-electoral institutions. The failure of the reform movement was one of the first questions that motivated my interest in studying the politics of change in the region. I did my undergrad and a Masters degree in political science at the University of Tehran. Then I came to the United States and continued my research in the field of sociology focusing on social movements and regime change.

Can you share with us the research you’re currently working on and perhaps how it has evolved since completing your doctoral studies?

I have been also working on a paper about unarmed collective violence and democratization. Scholars of social movements, regime change, and civil war have long debated the effectiveness of violent vs. nonviolent tactics in achieving collective goals. However, most of these researchers have equated violence with armed insurgency. In this paper with my colleague Neil Ketchly at London’s King College, we look at the acts of violence such as stone-throwing, scuffling with police, and setting cars and buildings ablaze. Our analysis reveals the salience of unarmed collective violence during instances of democratization and also identifies mechanisms through which unarmed violence contribute to democratic breakthroughs based on a case study of Egyptian Revolution of 2011.

Where in the world will your research take you in the near future, and what projects will you pursue as you travel?

I was planning to travel to London for a workshop and then to Tunisia this summer for one of my current projects. However, I am canceling these plans in light of the news about a planned executive order from President Trump, blocking visas for citizens of seven countries, including Iran. As an Iranian citizen, I would not be able to travel back into the United States for the time being.

I have a forthcoming paper in Mobilization, the specialty journal of social movements studies, that speaks to the cross-national aspects of my research agenda. The paper takes a statistical approach to examining the effect of pre-election protest on the outcome of elections in authoritarian countries. Nowadays, most authoritarian countries in the world hold elections, but these elections are neither fair nor free. Existing research has highlighted the effectiveness of post-election upheavals in bringing down such authoritarian regimes. My research shows that pre-election protest empowers the opposition, thereby increasing the chance of incumbent defeat and a democratic breakthrough. Even though the paper is global in scope, it is particularly relevant to the Middle East as most of the governments in the region are categorized as electoral authoritarian governments.

M. Ali Kadivar is teaching INTL 1803M, "Reassessing Contentious Politics and Social Movements," this spring. For more from him, see the following: