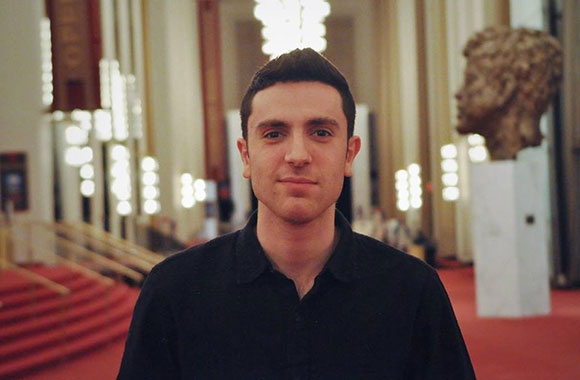 Tell us about your time in Lebanon and Greece during your semester off. What inspired your research and professional engagements?

I took the semester off as an unskilled 20-year-old hoping to listen, learn, and and open my eyes to people's lived experiences. I first went to Greece and worked in a refugee camp outside of Thessaloniki, working with Syrian refugees who had fled Syria through Turkey to the European Union. Later, I went to Lebanon and conducted research on the refugee crisis and the Lebanese political system from a more policy-oriented perspective at the Lebanese Center for Policy Studies, a think-tank based in Beirut. At Brown, I was studying both the historical roots and current state of the refugee crisis amongst the greater context of Middle Eastern politics, and realized that I couldn’t ever consider myself truly knowledgeable on the subject—nor could I have a positive impact on and empower marginalized communities—without actually working directly with and learning from the people affected.

My experience in Greece consisted of working directly with Syrian refugees through the Eko Project outside the Vasilika refugee camp. While primarily focusing on tutoring English, preparing food, and translating between Arabic and English, the most valuable lessons I learned were from just spending time with the community and listening to people’s stories over dinner in their tents. Those in Greece right now are in awful circumstances, having dealt with smugglers and braved a deadly sea crossing only to be trapped in poorly-run UNHCR camps in Greece as European nations have closed their borders. Because of the closing of European borders, they are now trapped in Greece in a sort of purgatory, waiting in the refugee camps for indeterminate amounts of time until they are resettled in other EU countries.

On the flip side however, the people I met in Vasilika ultimately knew they would end up resettled in an EU country. Meanwhile, in Lebanon, the refugee crisis is much more of a political crisis than a distinctly humanitarian one, involving complex relationships between political entities in Lebanon, Syria and the greater Levant. Over 27% of Lebanon's population are refugees; there are more Syrian refugees in Lebanon than there are in the entirety of Europe, and Lebanon is the size of Connecticut. Working at the Lebanese Center for Policy Studies (LCPS) helped me understand and examine these dynamics, as well as interact with many of the key actors involved. Perhaps most valuable about my experience at LCPS was that unlike working with a western NGO, I was really able to decenter my worldview and re-center it from a Lebanese perspective.

How did your experiences in Greece and Lebanon inform or impact one another?

I found a stark contrast between the discussions of refugee policy among refugees themselves in Greek camps and among policymakers and stakeholders at conferences in five-star hotels in Beirut. Hearing directly from refugees about how the UNHCR presented so many obstacles for them in Greece, while also discussing with UNHCR officers in Lebanon the difficulties of implementing their programs, complicated my understanding of how to best address the crisis. I’m really excited to deepen and contextualize this understanding this spring break, during which I'll be traveling to Jordan through Brown with my Displacement and Refugees in the Middle East led by Professor Sarah Tobin.