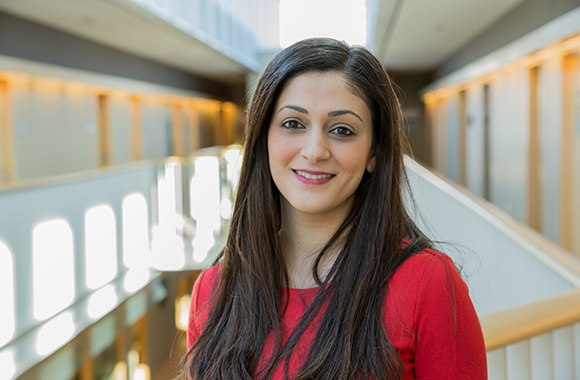 "Having witnessed the events leading up to and following the invasion of [Iraq] [...], I became deeply interested in exploring how divided states that were seemingly bound together under authoritarian rule breakdown when the autocrat is deposed, particularly through external intervention - a variable I explore throughout my research and teaching."

Your research interests are in the international relations and comparative politics of the Middle East. Where did this interest stem from?

I was born and raised in Iraq, and while I'd like to think my interest in studying the political machinations of the region are not solely an outcome of that, being from the region has undeniably shaped my intellectual pursuits. Having witnessed the events leading up to and following the invasion of 2003, and the ensuing breakdown of the state and of communal interactions during my junior year of college, I became deeply interested in exploring how divided states that were seemingly bound together under authoritarian rule breakdown when the autocrat is deposed, particularly through external intervention - a variable I explore throughout my research and teaching.

I am currently working on two book projects and two articles relating to those projects. My manuscript, which is based on my dissertation, systematically examines the relationship between state institutions and ethnic conflict in Iraq throughout formative state building periods, beginning with colonial state formation, under the Ba'athist era and following the American-led invasion of 2003.  Using Iraq as a single case study, I trace the institutional mechanisms that shaped the mobilization calculous of communal groups. As a first comparative historical analysis of institutional development and ethnic mobilization in Iraq, my findings demonstrate that ethnic conflict in divided societies emerges in response to structural and institutional constraints that accentuate the reliance on communal bases in authoritarian, multi-ethnic states and takes seriously the role of temporality in structuring the articulation of conflict during critical junctures. I am presently producing a book manuscript based on the dissertation.

In addition, I am co-authoring a book with Professor Valentine Moghadam titled After the Arab Uprisings: Progress and Stagnation in the Arab World, that seeks to explain divergent outcomes of the Arab Spring by examining the interplay between four variables across seven country-case studies. The book uses a mix-method approach to explore the political and socio-structural factors that have affected the revolutionary trajectories in Bahrain, Egypt, Libya, Morocco, Syria, Tunisia, and Yemen. The book is forthcoming with Cambridge University Press, fall 2019.

You are teaching ‘MES 1993 Middle Eastern Politics’ this semester. What do you hope students will take away from the course?

The course situates the comparative political development of the region along key themes relating to state formation, regime and state type, authoritarianism, ethno-religious conflict, oil politics, foreign intervention, democratization and revolutions and contentious politics. It aims to introduce students to the theoretical and methodological toolkits for analyzing and understanding the MENA region. I hope students will gain a nuanced understanding of the domestic, regional, and international interactions that shape the socio-economic and political development of the region, both historically and today in order to gain a deeper understanding of the drivers of past and ongoing conflicts.