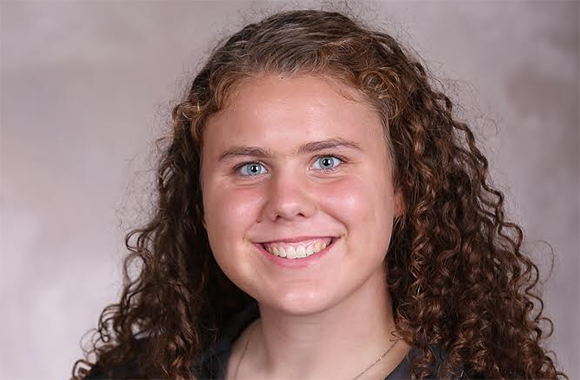 “The Middle East studies concentration offers the chance to center the people of the modern Middle East in my studies, and recognize how modern political and social movements are deeply ingrained in both the histories and futures of the region's material past.”
– Kelley Tackett `20

Why did you decide to concentrate in Middle East studies?
Critical heritage studies are at the focal point of my academic interests at Brown. The Middle East is a fascinating, dynamic, and complex space which offers myriad opportunities to interact with ancient heritage and question the role of heritage in identity formation and the relationships between people, place, and their respective pasts. Too often in these important conversations, the ancient sites and artifacts are prioritized over existing communities, with material heritage offered value denied to the living people who both create that heritage and continue its legacies. The Middle East studies concentration offers the chance to center the people of the modern Middle East in my studies, and recognize how modern political and social movements are deeply ingrained in both the histories and futures of the region's material past.

Have you done any internships related to your interest in critical heritage studies of the Middle East?
I am currently an intern with the Smithsonian Cultural Rescue Initiative, which aims to protect cultural heritage around the world which is currently under threat from natural disaster or violent conflicts. The research I have conducted for the past two years focuses on the intentional destruction of material cultural heritage in Syria and Egypt as related to greater intraregional struggles, and how the destruction of material heritage affects both local identity construction and international attention. Studying the role of cultural heritage in conflict is a particular interest of mine, and this internship has provided me the opportunity to participate in a significant ongoing study of how, why, and when heritage is weaponized; most importantly, it acts to understand the cultural context of this destruction and targets causalities rather than simply reacting to unfolding events.

What MES course have you taken that made an impact on you and why?
ANTH 1151 Ethnographies of the Muslim Middle East was not simply the course in MES which had the greatest impact on me as a person and scholar, but was easily one of the most significant experiences I've had during my time at Brown. Professor Anila Daulatzai pushed us to question our understandings of how the Middle East is represented in scholarship broadly, with particular emphasis on the region's treatment in anthropology. This course challenged the foundations of my own knowledge regarding the Middle East, and completely reframed how I approach the work I do in all aspects of my life at Brown.

What are your postgraduate plans?
After graduation, I'm going to attend law school and go into the field of cultural heritage law!