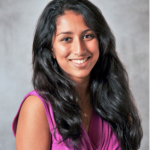 After graduating in 2013, Meghan spent a year in Turkey as a Fulbright scholar, then spent two years as a research associate at the Brennan Center for Justice in New York. At Brennan, Meghan worked on a number of issues in the national security space, including mass surveillance, the impact of post-9/11 counter-terrorism policies on minority communities, and racial and religious profiling in policing, and ultimately co-authored a major report assessing the civil liberties ramifications of Countering Violent Extremism programming under President Obama. Meghan is currently a student at Stanford Law School, where she's been a student attorney with the International Refugee Assistance Project representing Iraqi and Syrian refugees in obtaining asylum in the United States. She will graduate from SLS in 2019, after which she hopes to pursue a career in civil rights impact litigation, focusing on issues at the intersection of national security and immigration.