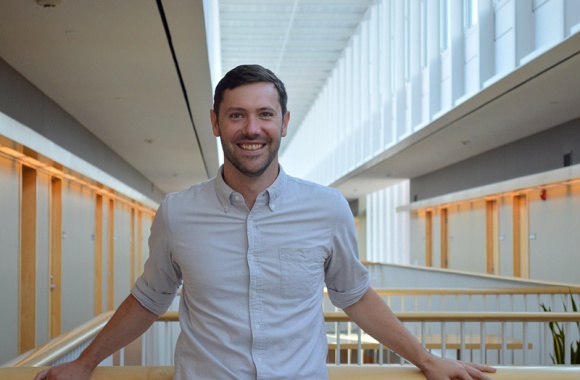 "As I embarked on archival research, I was struck by the absence of Palestinian voices, especially non-elite Palestinian voices, within British archives and, thus, the histories based on these archives. By reintroducing these voices, I hope to reach a fuller understanding of the complex Palestinian experiences of British rule."

How and why did you become interested in Palestinian Studies – specifically British Mandate era Palestine?

In the summer of 2000, after my first year of college, my parents moved to Tel Aviv for work and, almost immediately, the Second Intifada broke out. I became engrossed in the news from Israel/Palestine, trying to grasp what was happening and why. My undergraduate years also coincided with 9/11 and the U.S. invasion of Iraq, and taking courses in Middle Eastern history felt urgent and important. I increasingly came to see these histories as rich and vital on their own terms, and not only as they related to the United States, or the West in general. After graduation, I took an editing position at the Journal of Palestine Studies, where I stayed engaged with scholarship on Palestine and was encouraged to apply to graduate school to make my own contributions.

My interest in the British Mandate period actually stems from my desire to seek out and prioritizes Palestinian perspectives. So many of the key dynamics and structures developed under the Mandate—national and communal conflict, struggles over land, surveillance and policing, superpower interference in local and regional politics—continue to shape the present. But, as I embarked on archival research, I was struck by the absence of Palestinian voices, especially non-elite Palestinian voices, within British archives and, thus, the histories based on these archives. By reintroducing these voices, I hope to reach a fuller understanding of the complex Palestinian experiences of British rule.

I have several ongoing projects on policing and crime in Palestine. The first is a history of Palestinian policing during the Mandate period. This project rethinks indigenous engagement in colonial rule (in Palestine and elsewhere) and reframes policing in Palestine as a social, as well as a state, act. It looks at enlistment of Palestinian Arabs in the Mandate-era police force, at the interplay between official and unofficial justice—found, for example, in communal reconciliation (sulh) proceedings—and at the contest over the notion of justice itself during the 1936–1939 Revolt against British rule.

This research also led me to the handwritten diaries of a Palestinian Arab policeman, Muhammad ‘Abd al-Hadi al-Shrouf, from the 1940s and 1950s. Over several years, I transcribed and edited the diaries, which were published in Arabic in 2016. Since then, I’ve begun to examine the relationship between diaries—and life-writing more generally—and history in the Palestinian and Arab contexts and have published several articles. I’m also applying tools from digital humanities to these diaries to reconstruct and map the diarist’s professional, economic, and social networks.

Lastly, I am co-editing a forthcoming issue of Jerusalem Quarterly focused on criminal justice (policing, punishment, imprisonment, law-breaking, and so on) in Palestine, and Jerusalem in particular, from the Ottoman period to the present.

You’re teaching ‘MES 1235 Policing and Imprisonment in the Modern Middle East.’ Why is a course like this important in our current political climate amidst larger conversations about mass incarceration and the prison-industrial complex globally?

Institutions that police and imprison have been relatively successful in presenting themselves as “natural responses” to crime. Police exist, we are told, to deter and arrest criminals, just as prisons exist to punish or rehabilitate them. The current political climate has, I think, helped expose policing and incarceration as productive, rather than merely reactive: they establish and reinforce social, economic, and political power in multiple facets of everyday life. My goal in this course is to show that the police and prisons we know today are not natural phenomena, but arise out of particular historical dynamics and circumstances. This is true in the Middle East, just as it is in the United States or anywhere else. The class looks at factors that shaped and continue to shape policing and prisons in the Middle East—the role of Islam, distinct experiences of colonial rule and patterns of postcolonial repression, the region's position in global politics and economics—and draws connections to experiences and institutions in other parts of the world. My hope is that students will leave class thinking critically and historically about police violence, mass incarceration, and the prison-industrial complex across national or regional borders.