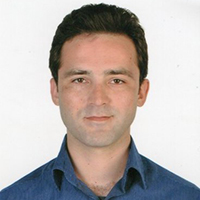 As one of the recipients of the Middle East Studies Research Travel Award, I have completed two weeks long archival research in Turkey on “non-Western” histories of capitalism in the nineteenth century. My findings on the movement of people across the Mediterranean and Atlantic are exceptionally interesting because there are several waves of migration to rural, politically contested and socio-economically complicated colonial geographies of British, Spanish, and French Caribbean(s): Haiti, Cuba, Jamaica, and Puerto Rico. Along with individual stories of migration, my findings are conducive to discussing the bureaucratic modes of knowledge production and understanding of colonial geographies through the Ottoman consular networks across Europe and North America.

The other part of my archival research concerned environmental and scientific histories of merino sheep breeding in Western Anatolia. I found and examined several treaties written by the Ottoman and British authors in the early and mid-nineteenth century. Given pioneering roles played by Spanish Empire in merino breeding which were acknowledged by the sources I examined, my research directed me to the landed-properties of the Spanish consuls in the Ottoman Empire in the nineteenth century. My preliminary findings bear yet another potential to discuss extraterritoriality from global and political-economic aspects.