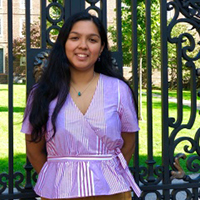 With the generous support from the Center for Middle East Studies at Brown, I underwent language training in Mughal Persian in Lucknow, Uttar Pradesh, India through the American Institute of Indian Studies over the span of 8 weeks. Through this language program, my classmates and I, we were able to treat the language of Persian within a context that quite much reflected its actual trajectory in history. With Indian professors as Persian instructors and with the students’ vast array of expertises, the linguistic program made a genuine effort in extending the periphery of the language to the Ottoman Empire, Safavid Persia, Central Asia, the wider Indian Ocean world, as well as to the sub-continent. We overviewed poetry, short stories, ethical literature, newspapers, historical texts and sight readings (nastaliq) from the following themes; culture, literature, education, politics, art & fine arts, history, religion and science. We were able to encounter many poets and writers such as Amir Khusrow, Muhammad Iqbal, Saadi Shirazi, Shams-e Tabrîzî, Mawlana Rumi, Rudaki, Abu'l-Fazl and Gulbadan Begum and many more. Educational trips to the Residency, Asifi Imambarah, Kakori Sharif (Sufi Shrine) and Deva Sharif (Sufi Shrine) were also part of the program. At the completion of the language program, I presented on the Tajik language and its writing system.

Following the end of the language program, students were encouraged to participate in the Mughal Persian Archival Workshop at Lucknow University, held on August 8-9, 2019. Led by Dr. Arif Ayyubi, professor in the Department of Persian at Lucknow University, Professor Shah Mahmoud Hanifi of James Madison University, and Ms Amanda Lanzillo, Ph.D. candidate at Indiana University, the workshop emphasized the potential for comparative empire studies in the wider Persianate World. Through discussions and presentations, the workshop was a great venue to convene individuals with different exposure to Mughal Persian archives, to reflect on the opportunity to collaboratively investigate common or intersecting themes related to the Persianate World.

The first day consisted of a number of thematic sessions through which participants shared their research interests, the challenges that they foresee and the resources that they require to further pursue their research. I presented in the third session on the themes of Intellectual history, Islamic historiography and discourse around legitimacy, through the following topic “Representation of Mughal Domestic life in Gulbadan Begim’s Humayunama”. The Mughal monarchy was heavily invested in the recording of history. Works such as Barbunama and Akbarnama are nowadays strongly cited in the writing of Mughal history. If we look at Baburnama and Akbarnama, the author of Humayunama is quite different from what one might expect. Babur, known as the first emperor of the Mughal empire, wrote Baburnama, and Akbarnama as a writing project commissioned by the third Mughal emperor Akbar, that was carried out by the court historian Abu Falz, one of the nine jewels. These chronicles were meant to record aspects of the reigning power of their respective emperors. Interestingly, Humayunama was written by a woman named Gulbadan Begim, who was neither a court historian nor a King. Beyond a different depiction of the harem, I suggested that we use the space of the harem as a way to further argue for a greater representation of sources such as Humayunama in the study of Mughal history. As the harem gives us an intimate access to the Mughal domestic life, the space that it occupies is portrayed with a structured and hierarchical dimension, in which gender, seniority, power and emotions become central in its conception, contrasting sharply with its commonly sexualized depiction.
During the second day, we were welcomed to Mahmudabad (one of the largest feudal estates in the erstwhile Kingdom of Oudh) as guests of Ali Khan Mahmudabad. The last component of the workshop consisted of a brainstorming session, through which certain outlines have been established in terms of future access to funding and archives, and most importantly, a possible database of available archives and contents that are important for particular fields of inquiry, and methods for making such data available to the wider community.

Through the language program, I was able to encounter the Persian language from a new perspective, which has allowed me to reflect on the politics that surround linguistics. With a deeper appreciation for the multifaceted history of this language, I find myself in a better position to read primary sources in Persian as I carry within me a strong awareness of its rich and complex history. With the resources and skills that I have acquired over the summer, I want to pursue my interest in the intersection between Persian literature and the history of the Persianate world. This language program was crucial in giving me the tools necessary to read and analyze primary sources on my own. Through my participation in this program, I am now determined to solidify and substantiate my understanding of Persian, a language that will most definitely transpose itself into my intent on pursuing graduate studies.